Its shares fell by another 19% after the company took a 6.5 billion euro ($7.3 billion) charge to cover losses from its emissions cheating scandal, and said the final cost could be higher still.

The admission appears to have piled fresh pressure on the company’s management, which is roundly suspected of complicity in deceiving regulators and consumers about the emissions produced by some of its diesel engines. The Berlin-based newspaper Der Tagesspiegel reported Tuesday that the company’s board is preparing to fire CEO Martin Winterkorn at a meeting on Friday. CNBC quoted a VW spokesman as calling the claim “ridiculous”. VW didn’t immediately respond to a request for comment from Fortune. Winterkorn himself issued a video statement saying he didn’t want to quit.

“At this moment, even I don’t have the answers to all the questions,” Winterkorn said, in what appeared to be an effort to distance himself from those responsible for rigging the emissions tests.

Earlier, the world’s second-largest auto group said in a statement that the engine at the heart of the scandal, known as Type EA 189, was installed in 11 million of its vehicles worldwide, potentially exposing it to far broader sanctions than the ones it can expect from the U.S.. The Environmental Protection Agency had said that the problems it identified affected fewer than 500,000 vehicles in the U.S..

“Discrepancies relate to vehicles with Type EA 189 engines, involving some 11 million vehicles worldwide,” VW said. “A noticeable deviation between bench test results and actual road use was established solely for this type of engine. Volkswagen is working intensely to eliminate these deviations through technical measures.”

The charge will hit its third-quarter earnings statement, due in a few weeks.

However, it said that its latest diesel engines, which are made to meet the European Union’s so-called “Euro 6” emissions targets, “comply with legal requirements and environmental standards.”

Earlier Tuesday, the scandal spread to Asia as South Korea said it would inspect up to 5,000 VW Golf and Jetta cars, as well as Audi A3s.

The company is in hot water at home too, where the government is afraid that the scandal will damage the image of of the whole domestic car industry and its reputation for technological excellence. The auto industry, and its supply chain, are ultimately responsible for around one in every seven jobs in Europe’s largest economy.

Chancellor Angela Merkel weighed in Tuesday, calling for “full transparency” over the issue.

“I hope that the facts can be put on the table as fast as possible,” Merkel said.

Transport Minister Alexander Dobrindt has instructed the Federal Motor Transport Authority, which is responsible for vehicle approvals and recalls, to investigate whether the issue affects cars in VW’s vital home market. Authorities from Australia to Italy have either announced similar measures or signalled their intention to do so.

Outside the industry, there are already murmurings that the practice of deceiving regulators may not be restricted to VW.

“It’s systematic deception of the consumer, which is widespread and which has been done for a long time,” the newspaper Bild quote Marcel Fratzscher, President of the DIW economic think-tank in Berlin, as saying.

Whether the group’s famously complex governing structure will take immediate action against Winterkorn isn’t clear. His fate depends overwhelmingly on the position of the family trust that controls over 50% of VW’s voting stock. That trust unites two frequently-warring branches of the family of the company’s founder, Ferdinand Porsche.

The most influential branch, headed by board chairman Wolfgang Porsche, had recently backed Winterkorn over the objections of his predecessor Ferdinand Piëch. According to Der Tagesspiegel, Porsche now appears to have changed his mind. The paper cited ‘board sources’ as saying Winterkorn had lost the trust of the family holding. But it isn’t clear whether the influential government and labor representatives on the board feel the same way. Together they account for half of the 20-strong board.

The government of the state of Lower Saxony, where VW is based and is by far the largest employer, holds 20% of the voting stock, while Qatar Holding has 17%–enough to form a blocking minority on matters of strategic interest.

According to Der Tagesspiegel, a sub-committee of the board members who hold the most sway is due to meet on Wednesday, which could prepare a formal proposal to be approved at a full board meeting on Friday. The meeting had originally been slated to extend Winterkorn’s contract to the end of 2018, but that is now off the table, broadcaster ZDF said.

By early afternoon in Frankfurt, VW’s preferred shares were down 18.6% at €107.62. They’ve now fallen by over one-third this week and are down 58% from their peak in May. And for the second day running, its rivals Bayerische Motorenwerke AG and Daimler AG, which makes Mercedes-Benz, have been unable to escape association with the scandal in the market’s mind. BMW preferred stock was down 4.9%, while Daimler is down 5.8%.

UPDATE: This story has been updated to include the report about potential changes to Volkswagen’s management. 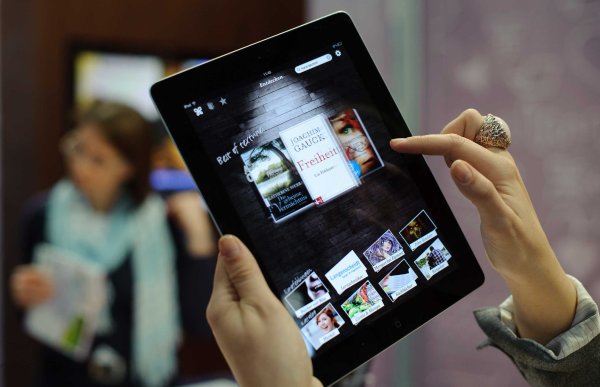