Most Americans suffered, to varying degrees, as a result of the financial crisis of 2007 and 2008, but The Big Short is about the ones who profited. The adaptation of the nonfiction book of the same name by Michael Lewis—author of Moneyball and The Blind Side—tells the story of the real estate derivative brainiacs who foresaw the crash, bet against the bubble and came out stinking rich.

The trailer introduces the film’s ensemble cast—Brad Pitt, Christian Bale, Steve Carell and Ryan Gosling—as they navigate the calculations, both mathematical and ethical, of the bets they’re making. The film marks a dramatic turn for director Adam McKay, whose previous credits include the Will Ferrell vehicles Step Brothers and Anchorman.

The Big Short will premiere at the AFI Film Festival in Los Angeles in November, followed by a limited release Dec. 11 before expanding nationwide on Christmas Day. 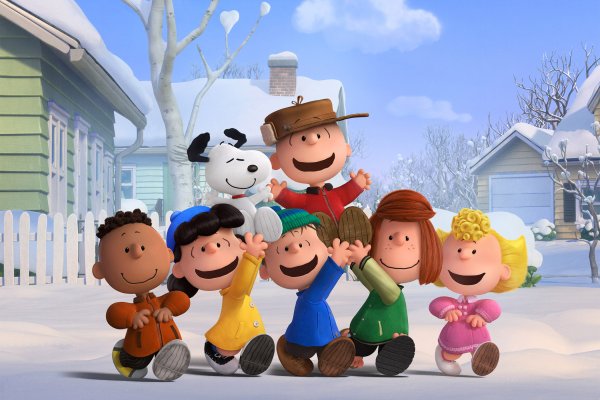 This Handy Tool Will Turn You Into a Peanuts Character
Next Up: Editor's Pick