On November 18, during the National Book Awards ceremony, Patterson will receive the Foundation’s 2015 Literarian Award for Outstanding Service to the American Literary Community, which they describe as an honor for “a lifetime of achievement in expanding the audience for books and reading.” Patterson takes the prize — whose previous recipients include Dave Eggers, Maya Angelou and Terry Gross — for donating millions of dollars for scholarships and grants, including ones to teachers colleges, school libraries and independent bookstores. He’s also given more than 250,000 books to U.S. children and 650,000 to the military.

Harold Augenbraum, executive director of the National Book Foundation, said it became increasingly apparent to the organization that Patterson “has become one of the most dedicated champions of book culture in the United States. And he has not only been willing to put his money where his mouth is, he has put his good name on the line.”

Patterson himself is humble about that name. “I don’t want Harold Bloom to have a coronary,” he says, “so let’s be clear that this [award] has nothing to do with Alex Cross or The Women’s Murder Club or Maximum Ride, this is just that I’m a nice little do-gooder.”

What’s critical, says Patterson, is making sure kids are exposed to books that are actually fun. “If they taught movies in schools and they started with Ingmar Bergman, we’d all go, ‘Ah, I don’t really like movies that much.’ So we need to turn kids on more.”

Success in this mission can have huge consequences: the education we give our kids today will determine our economy tomorrow, he argues. What’s more, the goal ranks high on achievability. “We can sit here and we can write long essays about global warming, and we can preach about it to our friends or whatever, but we can’t necessarily affect that that much. But in terms of books, we can actually do stuff,” he says. “We can do things in our own house.” 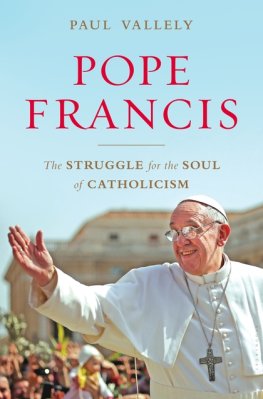 6 New Books About Pope Francis
Next Up: Editor's Pick