Master of the Internet and Wizarding World J.K. Rowling introduced an updated fansite for Harry Potter addicts on Tuesday. Pottermore seems to have taken some permanent Polyjuice Potion—the website, which originally launched in 2011 as a place where fans could explore the depths of the Potter universe, is home to a trove of new adventures.

The logo is in Rowling’s own handwriting, too. In a video introducing the updated site, Rowling calls it her “magical corner of the Internet, a place where you can explore [her] writing, both familiar and new and where you can read features, articles and news from the Pottermore team.”

She goes on to explain that the site will offer up new information about what fans are familiar with, while also revealing “a few new characters, places and notions.”

Rowling did reveal a bit of new backstory on the Potter family with the site’s launch and more seems to be on the way. After all, she promises that “if you need a little extra magic in your life, you’ve come to the right place.”

Read more: Here’s Everything J.K. Rowling Has Revealed About Harry Potter in 2015 So Far 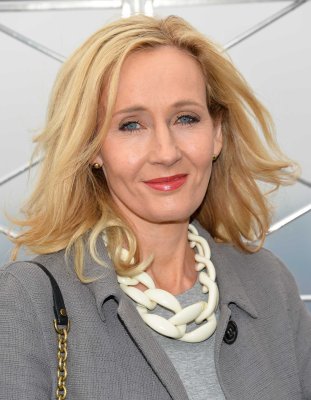