You Can Now Order Starbucks Before You Get to the Store

Starbucks coffee — without the line. That’s what Starbucks is promising to its U.S. customers Tuesday as it rolls out a new mobile ordering and payment feature to 7,400 stores nationwide.

With the Order & Pay mobile app, Starbucks customers can place their order and pay for it on their phones, then just arrive at the store to pick up their coffee when the order is ready.

“Bringing Mobile Order and Pay to our customers is about meeting their needs of convenience and customization at any time of the day,” Adam Brotman, Starbucks’ chief digital officer, said in a press release.

The program was first piloted in Portland in December, then rolled out across the Pacific Northwest by the spring. By early summer, it was available in about half of Starbucks locations; Tuesday marks the end of the national rollout campaign to most of them.

Starbucks CEO Howard Schultz has previously credited the app with attracting sales and customers even when lines are long. He also has plans to turn mobile payments into a loyalty program.

Last year, Schultz announced in a quarterly earnings call that 16% of Starbucks payments occurred via mobile. “No company and no retail store, domestically or internationally, even comes close,” he said. 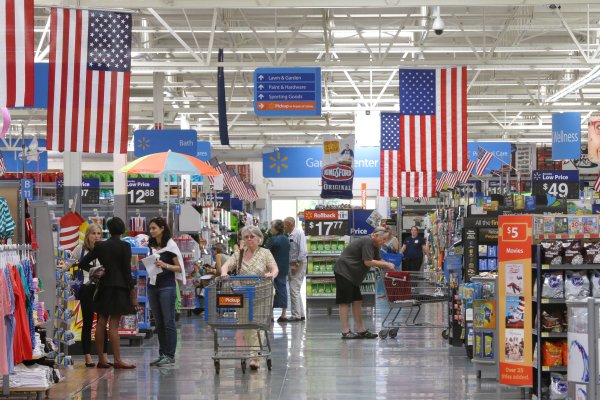 This Is Why Amazon Is Dominating Walmart Now
Next Up: Editor's Pick