Russia Has Added Dozens of Aircraft to Its Growing Military Presence in Syria: Reports

Russia rapidly increased its aerial attack capabilities in Syria over the weekend, U.S. officials told Agence France-Presse on Monday, including 28 combat planes that have been sighted at a new Russian air base in the Syrian province of Latakia.

One of the officials told AFP of the additional presence of around 20 combat helicopters and said Russian forces are flying surveillance drones over the Middle Eastern nation’s airspace.

According to the Times, Russia’s military presence in Syria also includes at least three surface-to-air missiles, nine tanks and around 500 marines.

“The equipment and personnel just keep flowing in,” another official told the Times. “They were very busy over the weekend.”

Reports of the new aircraft emerged soon after U.S. Secretary of Defense Ashton Carter held talks with his Russian counterpart Sergei Shoigu on Friday. They discussed concerns that the two forces might inadvertently clash with each other as a U.S.-led coalition continues its air strikes against the Islamic State of Iraq and Greater Syria (ISIS) militant group.

The U.S. and other Western powers fundamentally differ with Moscow on the role of Syria’s President Bashar Assad, believing he must step down in order for his country to emerge from civil war. Russia, on the other hand, is one of the Assad regime’s most prominent allies and has defended its military assistance to the Syrian army.

U.S. State Department spokesperson John Kirby said during a press briefing on Monday that he was “not in a position to independently verify” the reports of Russian aircraft and drones.

“If Russia looks to play a constructive role against [ISIS], that’s one thing, but if what they’re doing is, in fact, propping up the Assad regime, then that’s an entirely different issue altogether,” Kirby added, “because it is the Assad regime that has been a magnet for extremists inside Syria.” 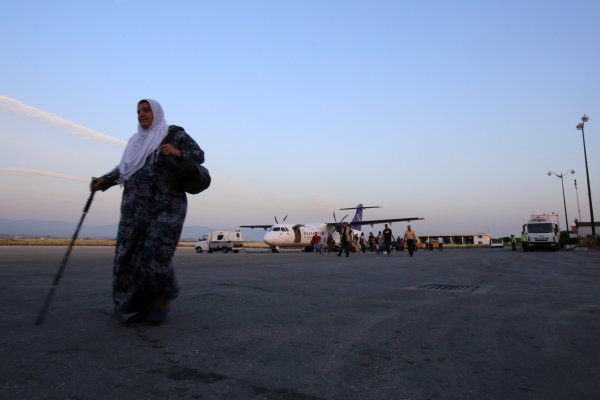 Russia Is Planning Syrian Air Base, U.S. Says
Next Up: Editor's Pick