Snoop Dogg has launched a new digital-media business called Merry Jane that will focus on all things cannabis, not unlike the rapper’s storied career.

The Long Beach, Calif., native introduced the project with media entrepreneur co-founder Ted Chung at TechCrunch Disrupt in San Francisco on Monday. The pair described the platform as a lifestyle and information hub for anyone interested in marijuana.

“Merry Jane is cannabis 2.0,” Snoop Dogg said in a promotional video aired at the event. “A crossroads of pot culture, business, politics, health.”

The 43-year-old also said he hopes it will give people “an opportunity to come out of the closet and just admit they like to smoke.”

To help this mission, the platform will feature a range of original content. A cooking show for budding chefs will cover edibles and weed pairings, while a show called Deflowered features smokers discussing first-time experiences. Snoop Dogg hinted at celebrity appearances, saying, “Seth Rogan is down with the team.”

Merry Jane will also tap into the business side of the multibillion dollar marijuana industry, Chung explained. He hopes the platform will become the leading destination for brands and retail businesses. And it will offer guides to choosing the right strain of marijuana for you.

The platform launches in October, but is sending invitations to a select number of beta testers. Just 420 people, Snoop Dogg joked. 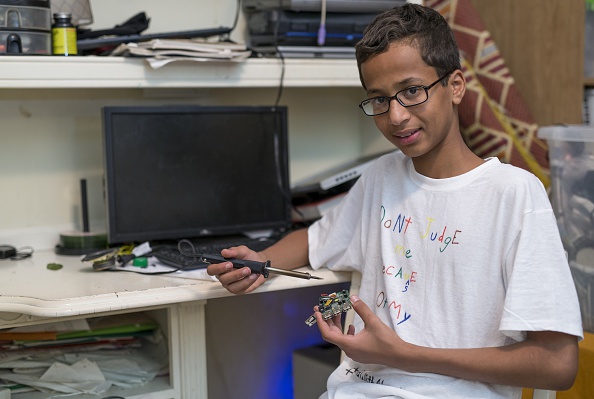 Clockmaker Is Guest of Honor at Google's Science Fair
Next Up: Editor's Pick