The title of Leona Lewis’ newly released fifth album, I Am, isn’t just a statement of identity, it’s a celebration of artistic freedom. Last year the British singer, the most successful X Factor winner in the show’s history, explained in an emotional open letter to fans that she had ended her seven-year relationship with Simon Cowell’s Syco Music due to creative differences. Lewis says she was “asked to make a record that would not have been true to myself” and that when she considered leaving, the label threatened to tell the media she had been dropped. The struggle to make the music she wanted to make at times left her “extremely depressed,” she wrote.

Instead of wallowing, however, she got to work on her fifth LP before she even signed a new deal, seeking out the songwriters and producers of her own choosing so she could craft one empowerment anthem after another. I Am isn’t an album about record-label emancipation, she tells TIME, but you’d be forgiven for thinking so given all the uplifting and upbeat messages about standing on your own two feet and coming back stronger than ever.

“I sing a lot about reflecting back on different challenges that I’ve faced,” Lewis says. “It’s not that I was breaking free like I was in some kind of prison. It was an inner freedom.“

TIME: You began making this album outside of the label system. That must afford you a lot of freedom, but pose its own challenges as well. What are the pros and cons?

Leona Lewis: The pros were that I really felt like I was coming back to myself, and obviously, when I started off, I had an independent album that I released years ago. I felt a lot less pressure in a way. I could simplify my process and just pick and choose whom I want to work with. That was amazing because I just went to one producer [Toby Gad] who executive-produced the whole album, and then I also had some writers that I worked with as well. There was no time limit on anything. There was no one telling me, “It has to be this date” or “This has to be on it.” It was all myself.

But then with that comes other pressures—doing things on your own, you have to be very, very motivated. I had to push myself outside of my comfort zone on my own, which I never really did before. It’s a lot more work, but the creative process for me was more freeing than anything, which is the most important part at the end of the day.

This album has a lot of uplifting and empowering messages, like a pep talk in the form of pop songs. What do you do to motivate and inspire yourself when you’re not in the mood?

I listen to reggae everyday. I make sure Bob Marley is in my life every single day.

As he should be.

Exactly! It’s standard. I’m a big believer in affirmations, hence the album is called I Am. I am a big believer in being positive. If you have that space inside where you don’t let anything negative come in the way, I think that helps me clear my mind and helps me always have a positive perspective. And I have these little cards of empowerment, and I’ll read one each day. Certain books, certain quotes, certain websites that I’ll go to as well. Just keeping it positive, really.

I sing a lot about reflecting back on different challenges that I’ve faced. It’s not that I was breaking free like I was in some kind of prison. It was an inner freedom. A lot of the lyrics on the album are metaphors for different things I’ve gone through: relationships with different people, not being codependent with anyone or waiting for anyone to make decisions but making those decisions on my own. It’s more of an inner freedom.

Songs like “I Got You” sound like they could be equally at home in a church or in a club. How did you find the balance between these big pop beats and also wanting to have some soul in it?

Well, I think that’s the reason I worked with Toby, because I know that he’s great with bringing out a side of females, vocally and writing-wise. He’s really great about pulling out depth, but he’s also a great pop producer. With “I Got You,” I wrote that for a friend who lost her brother. A couple of my friends were going through a bit of a crappy time, so I wanted to write an uplifting song, and I wanted it to have a gospel feel but also be a pop song. Toby was a big part of that because he’s able to do both.

“You Knew Me When” is your first Diane Warren song—does it feel like you’ve officially made it now? That’s a rite of passage for most pop stars.

It for sure is! It’s like a landmark for me. I’ve known Diane for a long time—she’s a good friend of mine. I always wanted to work with her but it just wasn’t happening, whether people were like, “No it’s not the right look, it’s not the right thing.” I got to put the album together myself and got to chose what I wanted to go in there. Diane wrote that based on a letter I had written, so to have that on there was a huge landmark.

Is that the letter you wrote to your fans last year?

How did opening up like that influence you going forward? I’d imagine it would be liberating to be so candid, but you also then invite people to comment and speculate.

It’s been good in a way, because I felt like I could finally be very honest and open, whereas before I had to step carefully on what I said because I wasn’t really sure where I was going in the future with the label. When I left I did get all these messages of, “What’s happening? When are you putting a record out?” At that time there was a lot going on that I didn’t know. I just had to be honest and say I was leaving my label, and luckily I found a home with another great label. But it’s difficult, especially when you’re making a decision to leave a situation that’s been a safety net for years for me. It’s definitely scary. I felt my fans really respected that as well.

“Another Love Song” is one of the album’s dancier tracks, and it draws from British club music in particular. Are you a homebody, or do you hit the clubs to scope out the coolest new sounds?

I go out for sure. I mean, I love being at home and just cuddling my dogs and getting takeout—that’s a dream night for me. But with my friends, we always go out. I’m out a lot in London. The dance music scene—I can’t even call it “dance music” because it’s not that, it’s so eclectic. It’s always pushing the bar, and I feel like London is the leader in that world. So many songs now are grabbing [that style]—do you know that song “Rather Be”?

That’s a British song, and I feel like a lot of people are copying that sound. For me, going to London and going out there and hearing what they’re playing is so fresh. That’s where I get inspiration from when I do dance stuff, which I don’t do a lot of. But for “Another Love Song” I took a song that Sia did years and years and years ago, she did this old garage song, I took a little sample from that and then wrote “Another Love Song” over it.

You shared your cover of Kanye West’s “Only One” earlier this month. If he had to cover one of your songs, which one would you want him to do?

[Laughs] Oh my God, oh my goodness. Probably “Fire Under My Feet” would be the one I’d want him to do because he could do a really great rendition of it. That’d be cool. 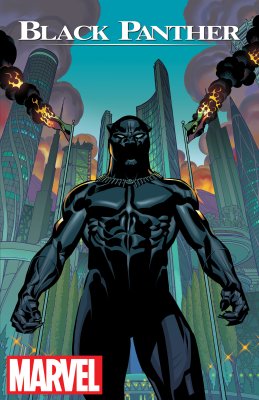