Wisconsin Governor Scott Walker announced Monday that he is ending his bid for the Republican presidential nomination, completing a stunning fall from grace for the onetime self-professed GOP front-runner.

The Wisconsin governor quickly became a sensation among conservatives over his fierce battles with public sector unions in his home state, but never lived up to expectations on the campaign trail or the debate stage. Walker announced he is dropping out of the race in a statement to reporters in Madison, Wis.

“Today I believe that I am being called to lead to help clear the field,” Walker said, bemoaning the tenor of the 2016 nominating contest and its front-runner, Donald Trump. “With this in mind, I will suspend my campaign immediately, and I encourage other presidential candidates to consider doing the same.”

In a CNN/ORC national poll of Republicans and Republican-leaning independents Sunday, Walker garnered less than 0.5% support, from well into the double digits earlier this year. In recent months, Walker has struggled to gain attention in a media environment dominated by Trump and Ben Carson, and has found his pitch as a battle-tested reformer to be overshadowed by the desire for political outsiders.

Walker’s swift exit from the race draws easy comparison to the 2011 withdrawal of former Minnesota governor Tim Pawlenty, who quit the race after losing the Iowa Straw Poll and garnering just 2% in national polling in August of that year. He too struggled with hard-dollar fundraising in a crowded field. Pawlenty later said he regretted the early exit.

Read More: Watch the Speech That Got People Talking About Scott Walker

Walker’s withdrawal brings the record Republican field down to 14 major candidates, after former Texas governor Rick Perry dropped out of the race on Sept. 11.

Walker’s money trouble further highlights the limits of super-PAC fundraising, which can accept unlimited dollars but cannot use them for the core functions of a campaign, such as travel costs, office rent and payroll.

Republican operatives have been warning for months that Walker’s operation had grown too large without a corresponding emphasis on fundraising. Instead, Walker’s circle pointed to the robust super PAC as a stopgap to their own lagging financials. That group, Unintimidated PAC, had already reserved more than $9 million in television ads for the early presidential primary and caucus states.

His exit offers an opportunity for former Florida governor Jeb Bush to consolidate his support among voters looking for an experienced executive. It also opens a potential avenue for New Jersey Governor Chris Christie and Ohio Governor John Kasich to become darlings of those same voters, who are wary of a third Bush in the White House. And Senator Marco Rubio now has an unrivaled path on his road to capture establishment Republicans looking for a fresh, young face. Former Arkansas governor Mike Huckabee complimented Walker’s decision to exit the race on Twitter.

In recent weeks, Walker has resorted to ever more dramatic efforts to claim headlines and drive grassroots enthusiasm. Just two weeks ago, Walker rebranded his campaign around promising to “wreak havoc” on Washington. And on Sept. 14, he launched a new assault against national public-sector unions in hopes of recapturing conservatives’ imagination.

Walker, 47, rose to national prominence in 2011 when he declared war on many of his state’s employee unions, sparking months of protests and failed recall effort in 2012. Walker became the first governor in American history to survive such a challenge. He won three elections in four years, while signing into law a host of measures that endeared him to conservative voters, including Right to Work legislation and new restrictions on abortion rights.

Watching from afar, donors and activists cheered Walker and pledged financial and political support. ​He was at one point a darling of the political network assembled by billionaire conservative donors Charles and David Koch.​ That aid was slow to come.

In January, after a well-received speech in Iowa, Walker caught fire with conservatives in the state, rocketing to the top of polls. But a series of unforced errors and campaign missteps kept the candidate from fully capitalizing on that support. Walker was slow to begin policy preparations for a presidential run, and miscues on foreign policy questions left many in the party doubting Walker’s durability.

From the start, Walker seemed a natural fit for leadoff Iowa and its pew-driven electorate. The son of a pastor, Walker spent part of his childhood in Iowa. He promoted that element of his biography frequently as he visited his neighboring state. His Midwestern affect and casual tone endeared him to audiences who were willing to overlook serial shifts in position and policy inconsistencies.

A state-funded foreign trip to Europe in the spring proved to be a missed opportunity to demonstrate he could perform on a global stage. At a London think tank, Walker refused to engage in specifics on foreign policy, instead he promoted his state’s cheese.

Despite the candidate, his campaign was stocked with some of the most well-regarded operatives in the GOP, though in recent weeks, donors had pushed for the exit of campaign manager Rick Wiley. Walker told donors last month that he was listening to their concerns, and had promised to engage in a review.

Perhaps Walker’s bid was destined to end this way. Voters in 2016 seem not to care about political experience or legislative achievement. Just look at front-runner Donald, or Carly Fiorina and Carson right behind him in the polls.

In response to Trump’s rise, Walker promised donors in August to be more passionate and forceful on the campaign trail to better reflect voters’ anger. But the message never fit the messenger. While Walker fought union members in his state, bombast and theatrics never came naturally.

Even as it was clear the campaign was running out of steam, Walker continued to campaign as though nothing was amiss, spending two days in Iowa this weekend. On Saturday, his campaign emailed supporters soliciting donations with the subject line, “Won’t back down.”

Walker’s exit begins a career fair for his staffers, who will be in high demand. Few were longtime loyalists, and most had uprooted their lives from Washington to move to Madison. Now they are free to join rival campaigns, which have struggled to find qualified staff with so many candidates in the race.

His rivals were quick to praise Walker, who seldom went on the offensive against fellow Republicans, after his announcement.

Walker’s high-profile endorsers and donors are also going to become very popular in the coming days and weeks. 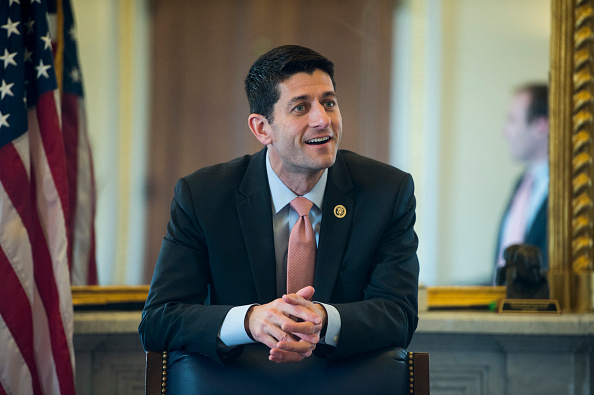