How the Supreme Court Made Color Television Possible

The first color TV models reached American stores at the end of September in 1951. But although the technology had been around for years, the road to market was anything but smooth.

Three companies were racing to be the first to wake-up TV from its black and white haze: CBS, RCA and Color Television, Inc. But when the Federal Communications Commission gave its approval to broadcast in color, only CBS was deemed qualified. The picture quality on the others was such that the FCC decided their technology wasn’t ready.

The losing companies responded by getting an injunction, arguing that the FCC’s decision had been arbitrary and reckless. The claim meant that CBS couldn’t take sponsorship money for color programming—which effectively halted color TV broadcasting.

By the spring of 1951, the matter had gone all the way to the Supreme Court, which ruled in Radio Corp. of America v. United States in favor of the FCC and CBS, holding that the original decision could stand and CBS could go ahead with its system. The Supreme Court found that the FCC and the lower courts had carefully considered the question. And, Justice Frankfurter wrote, if there was no evidence that the process had not been followed carefully, there was no way for RCA to seek relief, no matter how good their TV system was—after all, “courts should not overrule an administrative decision merely because they disagree with its wisdom.”

“Color television will sweep the country just as fast as sets can be produced,” Frank Stanton, the president of CBS, said in response to the ruling.

But, even so, most Americans did not get a color television for many more years. Before the year was over, the needs of the Korean War required that manufacturers shift away from making new TV sets to meet wartime production demands. Color TV returned to America in 1953, but it would be another decade before every network had abandoned black and white.

Read more from 1951, here in the TIME Vault: Color for Everyone? 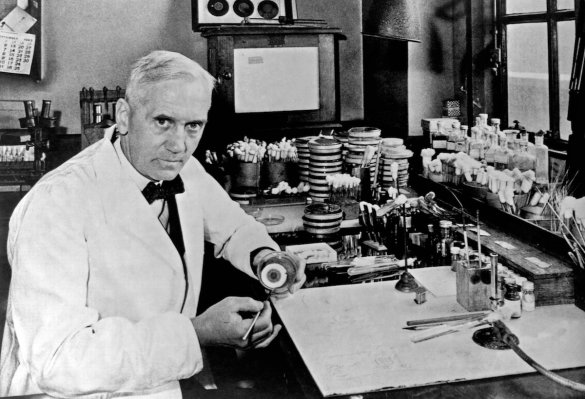 How Being a Slob Helped Alexander Fleming Discover Penicillin
Next Up: Editor's Pick