The True Story Behind Black Mass

Black Mass, the new Johnny Depp film based on the life of Boston mobster Whitey Bulger, who stood just behind Osama bin Laden on the FBI’s most-wanted list for years, hardly needs to diverge from the crazy true story upon which it is based. Bulger, who was shielded from investigations for years while allegedly acting as an informant to corrupt FBI agent John Connolly (Joel Edgerton in the film), was indicted for 19 murders and found guilty of committing 11. He is currently serving two life sentences plus five additional years in prison.

The film sticks closely to its source material, Black Mass: Whitey Bulger, the FBI and a Devil’s Deal, a book written by former Boston Globe reporters Gerard O’Neill and Dick Lehr. Here’s what is fact and what is added Hollywood drama in the new film.

In the film, John Connolly initially reaches out to Whitey through his state senator brother Billy (played by Benedict Cumberbatch). It is true that Billy and John grew up together in South Boston. However, according to a recent New Yorker story, one of Whitey’s conditions in agreeing to hand information to the FBI was that his brother could not find out he was doing so. “We loathed informers,” Billy Bulger wrote of Irish-Americans who grew up in South Boston in a 1996 memoir.

Unclear: Whitey Bulger gave information to the FBI that helped take down the Italian mafia

The information that Bulger allegedly gave the FBI did help bring down the Patriarca crime family in Boston, according to a New Yorker piece.

But Whitey Bulger claims he was never an informant, and during his trial, his lawyers attempted to prove that the FBI—specifically Connolly—falsified information in order to make Whitey look like a valuable asset and protect him from the authorities. According to Whitey, he called the shots, not Connolly.

“I asked the questions, I got the answers,” Bulger said in a documentary that aired on CNN. “I was the guy that did the directing. They didn’t direct me.”

A federal investigation into Connolly found that he did indeed falsify some records, a discovery made at the end of the film.

Probably Fiction: The death of Whitey’s son led to an increase in violence

His son, Douglas Cyr, did die at the age of 6 from Reye’s Syndrome (a bad reaction to aspirin) in 1973. The boy’s mother, Lindsey Cyr (portrayed by Dakota Johnson) told the Boston Globe that Whitey was “colder” after the death. But Bulger had allegedly ordered many murders before that time. “Whitey was violent long before his son’s death,” Bulger enforcer Kevin Weeks (played by Jesse Plemons) told The Daily Beast.

Fact: Whitey Bulger was a test subject for an LSD experiment in prison

In the film, the FBI discusses Bulger’s use of LSD when considering whether he would be a reliable source. Whitey Bulger did indeed participate in an LSD testing program in the 1950s in prison in exchange for a reduced sentence, according to the Black Mass book. The CIA wanted to test the drug on prisoners to see if it could be used as an interrogation tool.

Black Mass: Whitey Bulger, the FBI and a Devil’s Deal doesn’t mention any incident in which Bulger threatened Marianne Connolly with strangulation, as shown in the movie. In reality, John and Marianne Connolly separated in 1978 and filed for divorce in 1982. The movie seems to show Marianne remaining at their house for longer in order to put her in the same vicinity as Whitey.

Bulger’s associate, Stephen Flemmi (portrayed by Rory Cochrane) testified that he tricked Deborah Hussey into entering Whitey Bulger’s mother’s old home and that Bulger strangled her in the basement.

According to the Black Mass book, the Winter Hill gang laundered money through the World Jai-Alai organization, which governed over the sport of Jai-Alai. John Callahan was president of the organization but stepped down. Later, Callahan suggested that a Winter Hill gangster, Brian Halloran, kill Jai-Alai’s new owner, Roger Wheeler. The Black Mass offers a closer look at how the organization broke down: A different gang member, John Martorano, ended up executing the hit on Wheeler, and Bulger gunned down Halloran, a potential snitch. When Callahan was linked to both murders, Martorano killed him as well, lest Callahan serve as a witness. 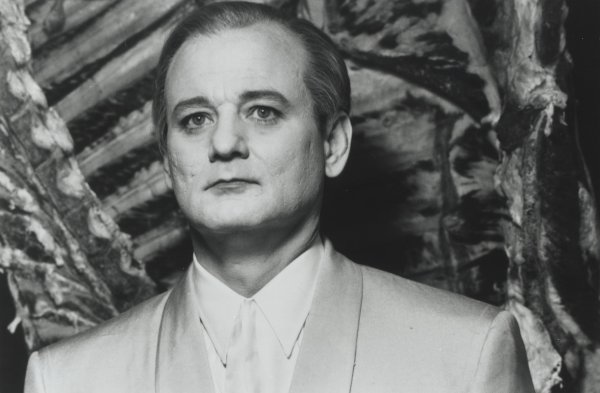 Look Back at Bill Murray's Best Movie Roles as He Turns 65
Next Up: Editor's Pick