These Are the Best Ways to Quit Smoking According to Science

About 42 million adults in the U.S. smoke, and nearly 70% say they want to quit, according to the latest surveys. But smoking cessation methods aren’t as successful as doctors and smokers would like them to be. At most, some of these interventions, or combinations of them, are 25% effective helping smokers abstain for six months or more.

In its latest report, published in the Annals of Internal Medicine, the U. S. Preventive Services Task Force (USPSTF), a federally appointed group of independent experts, reviewed data on smoking cessation. They concluded that the best ways to kick the habit are behavioral interventions, including one-on-one counseling, phone counseling and self-help methods, and medications such as nicotine replacement, bupropion and varenicline. These interventions, whether used alone or in some combination, gave smokers the best chance of going smoke-free. This final recommendation changed little from the group’s initial draft, which was released in May and open for public comment.

For now, the task force says there isn’t enough information on e-cigarettes, which are widely believed to be helpful in quitting, to recommend them. “It’s not a statement saying that doctors should not advise people to use them,” says Dr. Albert Siu, chair of the USPSTF and professor of geriatrics and palliative medicine at Mt. Sinai School of Medicine. “It’s certainly not a statement endorsing them. There simply are not [enough] studies out there.” While 35% of doctors in a recent survey said they recommended e-cigarettes to their patients who wanted to quit, Siu says that only two studies that randomly assigned people to use e-cigarettes or placebo formulations have been published. And the results from those trials were inconclusive. Given that there are more unknowns about e-cigarettes at this point than there are known benefits, Siu says the committee could not make any determination about whether they should be part of a smoking cessation program. Concerns about the compounds in e-cigarettes, as well as their consistency and quality, could make them potentially more harmful than helpful.

More convincing were trials investigating both behavioral and drug-based approaches. Counseling and self-help materials improved smoking quit rates from 7% to 13% compared to the 5% to 11% rates among smokers who didn’t receive the support. And drugs helped to improve quit rates from 10% among those taking placebo to 17% for those using nicotine replacement. People trying bupropion nearly doubled their chances of quitting while varenicline more than doubled smoking cessation rates compared to controls.

The task force also looked at specific groups of smokers, including pregnant women. Despite well-established risks of smoking for the developing fetus, about one in six pregnant women smoke, and a quarter of pregnant women smoked in the three months prior to conceiving. For them, behavioral interventions have the strongest success; Siu says there is not enough data on the effects of quit-smoking drugs to draw any conclusion about whether they are safe for pregnant women.

The studies also showed that certain combinations of smoking cessation strategies may be more effective than the methods used alone. Pairing nicotine replacements options, for example, helps more people quit than using them alone, and bupropion coupled with a nicotine replacement therapy may also work better than bupropion by itself. “There are a number of effective interventions to help people stop smoking,” says Siu. And as more studies on more effective combinations of therapies are conducted, perhaps the range of smoking cessation options, including e-cigarettes, will also grow. 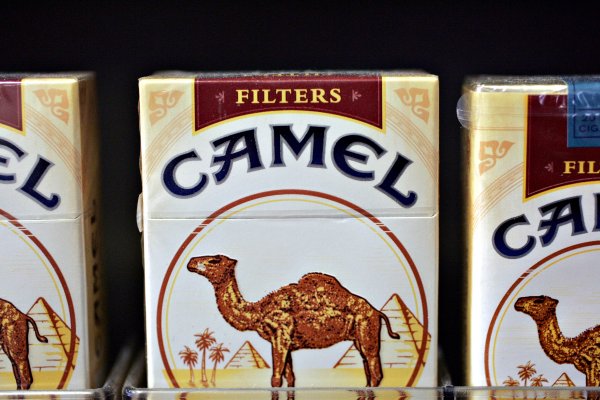