Here's Why Wednesday Is the First Day of Fall

There are plenty of annual events that mark the beginning of fall: the Labor Day holiday, the arrival of Pumpkin Spice Lattes at Starbucks, the changing colors of the leaves, the first overwhelming urge to wear a sweater since the end of spring. But there’s only one official start of the season, and that’s the autumnal equinox, which arrives this Wednesday, Sept. 23., according to the U.S. Naval Observatory.

As TIME has explained before: “While that might sound like a name of a place where hunks sculpt their biceps, the word comes from the Latin term aequinoctium, meaning equality between day and night (aequi = equal and ­noct = night). That is what [the equinox] is after all: one of the two periods of the year when the sun crosses the equator and the days and nights are in equal length all over the earth.”

If you want to get very technical, day and night aren’t actually perfectly equal on the fall equinox. That’s because the equinox is officially marked by the day the center of the sun sets exactly 12 hours after it rises everywhere in the world—while the length of a day is measured differently, based on the time the very top of the sun rises and sets, according to the U.S. Naval Observatory. But the measurements are close enough that day and night are approximately equal for several days around the equinox.

While it’s technically still summer until Sept. 23, that doesn’t mean it hasn’t already started feeling like fall—just look at this TIME interactive graphic that tracks the arrival of temperatures we most associate with autumn. 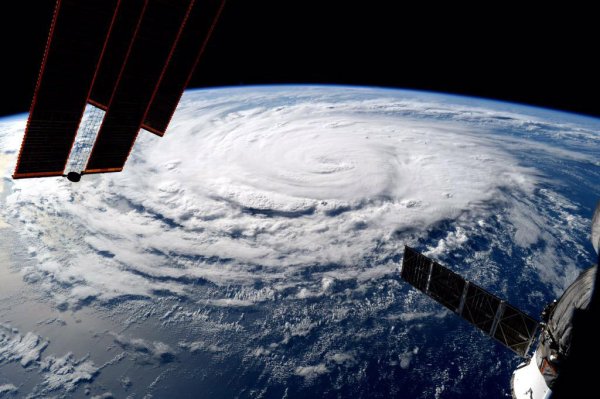 See Astronaut's Photo of Hurricane Jimena From Space
Next Up: Editor's Pick