How to Get Away With Murder actress Viola Davis became the first black woman to win the Emmy Award for outstanding lead actress in a drama series during Sunday’s ceremony. Her emotional acceptance speech, in which she declared that “the only thing that separates women of color from anyone else is opportunity,” was widely considered one of the evening’s highlights.

Count General Hospital actress Nancy Lee Grahn among the few who weren’t moved. “I wish I loved #ViolaDavis Speech, but I thought she should have let @shondarhimes write it,” Grahn tweeted. Later, she wrote, “I think she’s the bees knees but she’s elite of TV performers. Brilliant as she is. She has never been discriminated against.” In response to another user, Grahn also said she wished Davis had “brought every woman in the picture” instead of focusing on women of color.

Read next: Viola Davis Says ‘How To Get Away With Murder’ Sex Scenes Should Be Uncomfortable

Those comments were quickly met with sharp criticism, prompting Grahn to issue several apologies from her Twitter account. Here’s one of them:

Grant stayed up responding and apologizing to Twitter users throughout the evening “as penance,” but she made it clear that her apology didn’t get the reaction she was hoping for.

Read next: Viola Davis: ‘The Opportunities in Film are Still Few and Far Between’ 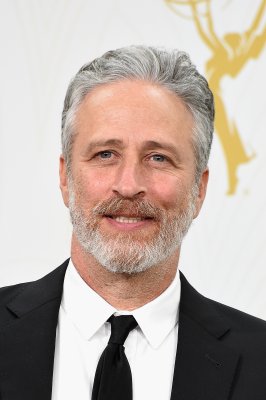 Jon Stewart 'Would Consider Going to Another Planet' If Donald Trump Is Elected President
Next Up: Editor's Pick