How a Paralyzed Man Walked Again

Adam Fritz was just another 21-year-old kid back in 2008—about to enter his senior year of college, cruising home from work on his motorcycle near Diamond Bar, California—when his life changed forever: A table from a truck in front of him slipped off and struck him, flinging him off his motorcycle onto the freeway.

“It’s what I called my ‘oh shit’ moment,” he told TIME. “I tried to sit up and get up on my feet. I remember the firefighters telling me not to move. Everything just hurt.”

Now, however, researchers at the University of California at Irvine have turned that prognosis on its head, reports a case study published Wednesday in the Journal of NeuroEngineering and Rehabilitation. Fritz, who was supposed to spend his life in a wheelchair, is back on his feet, thanks to an elaborate combination of virtual reality, computer algorithms and a whole lot of ingenuity.

The breakthrough was the work of a team led by Zoran Nenadic, an associate professor in biomedical engineering at the University of California Irvine, who took advantage of the fact that while a spinal cord injury severs the neural connection to the legs, it does no damage at all to the region of the brain that is responsible for sending the command that gets the legs moving in the first place. Find a way to bypass the damaged region in the spine and send electrical stimulation directly to the muscles, and a patient could walk again just by thinking about it.

The basic hardware that would make such a recovery possible is not new. Rehabilitation specialists have long known where to attach electrodes to the legs so that electrical pulses could allow a paralyzed person to, say, ride a stationary bike—keeping muscles toned and providing an aerobic workout for a patient who otherwise would be totally sedentary. And other electrodes embedded in a fitted cap can capture signals from the brain and direct them to a computer or mechanical device. What no one had done was put the two together to restore useful, voluntary leg motion.

Nenadic and his colleagues set to work on doing just that in the summer of 2014, when they looked at California-area rehabilitation centers to find a fit and highly motivated patient who could serve as a test subject. One of the places they considered was Project Walk Spinal Cord Recovery Center in Carlsbad, where Fritz had transferred for inpatient physical therapy and was still spending at least four sessions a week at the gym. “Your body didn’t evolve for a wheelchair,” he says. “You have to help yourself.”

Fritz and the team hit it off, but his first step before actually taking a step was to find and train the part of his brain that controls walking. That meant virtual reality—with Fritz, fitted with scalp electrodes, trying to make a character on a screen stand and walk just by thinking about it. “It’s weird to conceptualize,” he says. “You don’t really think about walking when you walk. In my mind, I was physically trying to move my legs and then stop them. You have to clear your mind.”

When Fritz mastered the video game—which took 11 hours of training—he was put to a real-life test: hooked up to a harness and connected to a computer that sent the proper electrical jolts to his legs while he supported himself with a walker.

“It wasn’t painful, but you could feel the muscles contracting,” Fritz says. “I’m wavering, but planted on the ground. You feel your whole body and leg moving.” The key, however, is that he did move.

Nenadic is cautious about saying that the team has found a way to reverse paralysis. For one thing, Fritz was fit and in excellent health, which played a huge role in how quickly he advanced through simulations to actually walking. What’s more, this was merely a case study, in a controlled environment with unwieldy wiring—something that would not make it easy for the patient to walk around in real life. And the system is far from being affordable right now: “Costs aren’t super expensive,” Nenadic says, “but it is not cheap. You need a dedicated funding source.”

An important next step is to take care of all those wires and downsize the computer system so that it could fit in a fanny pack-sized carrier. Ideally, the connections to the brain would be implanted rather than worn—an option Fritz is open to trying. Nenadic and his team also want to expand the research to another patient, perhaps even someone who has lost arm use as well. The technology might also have applications for stroke patients, with damaged areas of the brain being electrically bypassed, allowing motor function to be restored.

Fritz is now 28, still involved with the research and plans to continue. He’s the first person the rehab team has gotten back on his feet, but he’s determined to help ensure that he won’t be the last. 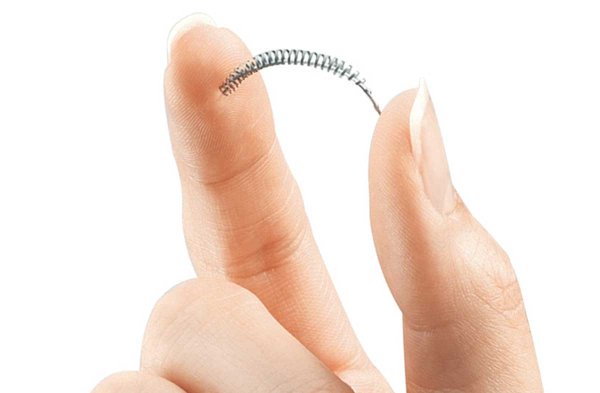 FDA to Review Essure Contraceptive Device
Next Up: Editor's Pick