A new survey of students at 27 universities found that nearly 1 in 4 undergraduate women were victims of unwanted sexual contact, either because they were forced or because they were incapacitated by drugs or alcohol. The results of the survey, conducted by the Association of American Universities, were consistent with many other similar surveys of college students.

Sexual assault on college campuses has captured widespread public attention over the past several months, thanks in part to the Obama Administration’s efforts to shed light on the pervasive problem.

The survey collected responses to online questionnaires from 150,000 graduate and undergraduate students, a roughly 19% response rate out of 779,170 students who were asked to participate.

Though the rates of unwanted sexual contact were nearly a quarter, they ranged widely by institution, with some institutions showing rates as low as 13% and others as high as 30%. Private schools showed slightly higher rates of sexual misconduct than public schools among undergraduates. The schools that participated in the survey are some of the most prominent public and private institutions in the U.S., including Harvard, Yale, the Ohio State University and the University of Florida.

Across all 27 campuses, the most serious form of unwanted sexual contact — penetration by force or while the victim was incapacitated — was reported by 10.8% of undergraduate women, and more than 12% for students who identified as transgender, genderqueer, nonconforming or questioning.

Freshmen were more likely than seniors to be victims of unwanted sexual contact, which includes penetration and sexual touching.

The survey showed low rates of reporting among students, a problem that many colleges have worked hard to address over the past several months. Reporting rates varied widely by institution. Reporting penetration by physical force, for example, ranged from a low of 17% to a high of 46%. The most common reason for not reporting across all institutions — given by more than half of respondents — was because they didn’t consider it “serious enough.” A third were “… embarrassed, ashamed or [thought] it would be too emotionally difficult.”

The survey was unlike the other highly publicized college sexual misconduct surveys in that it asked students about the “absence of affirmative consent.” The standard of affirmative consent — also known as “yes means yes” rather than the previous standard of “no means no” — has become a more common definition for sexual misconduct at universities. In September 2014, California passed a law that requires schools in the state to establish a standard of “yes, means, yes,” across all universities in the state, requiring students to get positive consent from a partner before engaging in sexual activity. Earlier this summer in July, New York State passed a similar law.

The AAU survey defined affirmative consent as “active, ongoing voluntary agreement,” and used examples of unwanted sexual contact such as someone “[initiating] sexual activity despite your refusal,” “ignoring your cues to stop or slow down,” and “went ahead without checking in or while you were still deciding.” More than 11% of undergraduate females reported experiencing this kind of sexual contact. 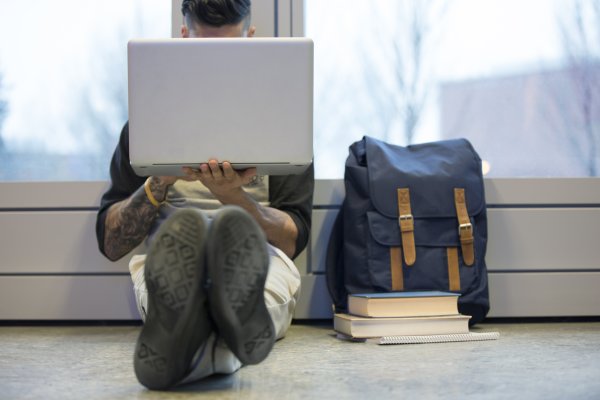 4 Must-Have Items for College Students
Next Up: Editor's Pick