Stewart Parnell, a former peanut processing company CEO who has been convicted of a felony over a massive salmonella outbreak, will be sentenced Monday in a Georgia court, and he could be going away for life. Families of the victims of the outbreak have sent the judge a letter asking for $500,000 in restitution for food safety groups.

“We the victims of the Salmonella tainted peanut butter respectfully ask that you impose a monetary restitution fine of 500,000.00,” the families write in a letter to the U.S. District Court Judge W. Louis Sands, also shared with TIME. Parnell’s company Peanut Corporation of America (PCA) was the center of a 2008-2009 salmonella outbreak that sickened hundreds of Americans—about half of them kids—and resulted in 9 deaths. Prosecutors argued that Parnell and his coworkers covered up food safety issues.

If the restitution funds are approved, the families are asking that the money be split among specific food safety organizations: STOP Foodborne Illness, Center for Foodborne Illness Research and Prevention, Consumer Federation of America, National Consumers League and Food and Water Watch.

“This request is designed to help further the food safety cause. We have lost our loved ones and have worked hard to help to prevent this from happening to others. Our request is not a selfish request, we only ask that you assign any monies, divided equally amongst the listed organizations; to aid families who have suffered or are suffering from food borne illnesses,” the letter reads.

The victims write that medical expenses alone hurt their families, and they believe the restitution will help give them closure. “Those of us who have lost loved ones will be there to speak and you would help give us closure if we knew the organizations that helped us through a very rough time were funded to help others,” they write.

The letter is signed by victims families represented by Randy Napier and Jeff Almer. Both Napier and Almer’s mothers died in the outbreak. Almer’s mother had recently survived brain cancer when she ate contaminated peanut butter at a hospice care center. “She had beaten cancer and what took her life was peanut butter,” Almer told TIME. 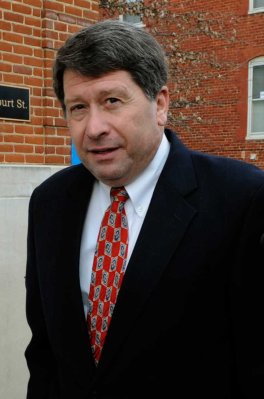 Peanut CEO Faces Life in Jail for Salmonella Cover-Up
Next Up: Editor's Pick