Here Are the 5 Controversies Over Pope Francis' Visit to Washington

Pope Francis is the popular leader of a major religion, with more than a billion followers around the world. But that doesn’t mean he can escape the Washington tar sands of political controversy.

Before the pope even arrives in the United States on Tuesday, controversies have bloomed, with criticism coming from both the right and the left and aimed at both the Vatican and Francis’ American hosts.

• What he did in Cuba. While in Cuba during the first leg of his trip, Pope Francis subtly criticized the communist regime, arguing that people should not serve ideology in a mass and giving former President Fidel Castro a rather pointed gift. But somer American conservatives have argued that the pope did not go far enough in his public criticism of communism.

• Who’s on the White House guest list. An unnamed senior Vatican official told the Wall Street Journal that there are concerns that the guest list for the White House welcoming ceremony includes an openly gay Episcopal bishop and an activist nun, among others. A White House spokesman said the list simply reflects “the diversity of people in this country.” An advisor to the Vatican shrugged it off.

• What he’ll say before Congress. U.S. Rep. Paul Gosar of Arizona, who is Catholic, announced that he would boycott Pope Francis’ historic speech before Congress because of media reports that the pontiff would focus his address on climate change that has “adopted all of the socialist talking points.” One liberal Catholic activist noted that Pope John Paul II and Pope Benedict also supported fighting climate change.

• How he brokered the Cuba deal. Republican presidential candidate and New Jersey Gov. Chris Christie, who is Catholic, told CNN that Pope Francis was wrong to broker a deal to reestablish ties between the United States and Cuba. “I just think the pope was wrong,” he said. “And so the fact is that his infallibility is on religious matters, not on political ones.”

• Who he’s canonizing. While in Washington, Pope Francis will canonize Father Junípero Serra, an 18th century Spanish missionary. Native American groups in California and elsewhere in the United States have complained that the arrival of explorers and missionaries spread disease and death and undermined native cultures.

Read Next: The First Time a Pope Visited the U.S. Was Much More Complicated 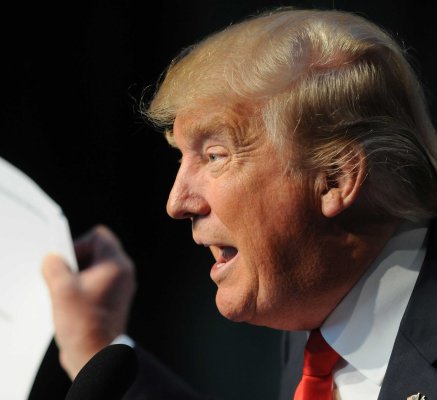 Donald Trump Trolls Jeb Bush for Smoking Marijuana as a Teen
Next Up: Editor's Pick