See Nickelodeon Stars Reunite After 'What Did Zoey Say' Reveal

”Did someone say #nickelodeon??” Massey captioned the video. Kel Mitchell (All That, Kenan & Kel, Game Shakers), Nathan Kress (iCarly), and Jace Norman (Henry Danger) were in attendance, as well as Massey and Flynn. Nickelodeon producer Dan Schneider can also be seen in the background filming the reunion.

Massey posted this video following his reunion with Flynn to answer the decade-long question, “What did Zoey say?” Episode 2 of Zoey 101 featured Jamie Lynn Spears’ character burying a DVD — and with it her feelings for Flynn’s Chase — in a time capsule. Fans finally discovered the answer on the episode’s 10-year anniversary in a new scene released by Schneider.

“Thank you to all the #zoey101 fans that watched the #whatdidzoeysay episode that was released yesterday after #10years,” wrote Massey along with another reunion photo of the two stars with Schneider.

Read next: Kel Mitchell On His Return to Nickelodeon and Why He Still Loves Orange Soda 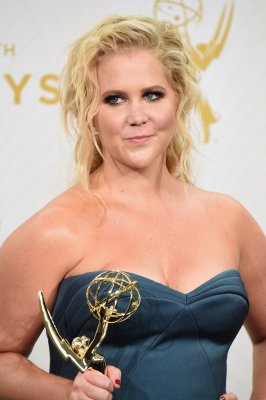 Jennifer Lawrence Sent Amy Schumer the Most JLaw Text Ever After the Emmys
Next Up: Editor's Pick