Republican presidential candidate Ben Carson takes part in the presidential debates at the Reagan Library in Simi Valley, Calif. on Sept. 16, 2015.
Justin Sullivan—Getty Images
Ideas
By Denise A. Spellberg
Denise A. Spellberg is Professor of History and Middle Eastern Studies at the University of Texas at Austin and author of Thomas Jefferson’s Qur’an: Islam and the Founders.

On Sunday, when GOP presidential candidate Ben Carson said: “I would not advocate that we put a Muslim in charge of this nation,” he entered into a debate about the presidency—and the Constitution’s religious test—that began in the 18th century. Carson now stands on the wrong side of history, projecting the distorted view of an exclusively Christian nation.

Could a Muslim be president of the U.S.? The concise, legal and constitutional answer is: yes. The Constitution’s Article VI, section 3 clearly includes Muslims: “No religious Test shall ever be required as a Qualification to any Office or public Trust under the United States.”

The idea of a Muslim president was first debated 227 years ago, in 1788, during the state-by-state battle to ratify the Constitution. Many feared a Muslim president then, but, arguably, more feared a Jewish or a Catholic one, at a time when these religions had minorities of 2,000 and 25,000, respectively.

One Massachusetts politician insisted: “There is a door opened for Jews, Turks, and Heathens to enter into publick office, and be seated at the head of the government of the United States.” At the time, all Muslims were conflated wrongly under the ethnicity “Turks.” Delegates to the New Hampshire ratification debate worried that “a Turk, a Jew, a Roman Catholic, and what is worse than all, a Universalist, may be President of the United States.”

On July 30, 1788, in Hillsborough, N.C., the possibility of a Muslim president became a flash-point. At the ratification debate, Henry Abbot, an Anti-Federalist delegate, argued: “They suppose that if there be no religious test required, pagans, deists, and Mahometans [Muslims] might obtain offices among us.”

Abbot, a Protestant, had inherited enduring fears about both Catholicism and Islam as religious and political threats. Since the 16th century, the Protestant Antichrist had boasted two heads: the Pope and the Ottoman Turkish sultan. Abbot included Muslims in order to force Federalist defenders of the Constitution to champion the rights of Muslims, members of a then foreign, feared faith.

His tactic worked. Federalist delegate James Iredell responded in support of the Constitution’s novel, inclusive ideals: “America has set an example to mankind to think more modestly and reasonably—that a man may be of different religious sentiments from our own, without being a bad member of society.” Iredell demanded that these federal legal precedents embrace all believers, including Muslims.

Iredell, who would later be appointed to the Supreme Court by President George Washington, knew that the constitutional principle at stake demanded legal application, without religious exception: “But how is it possible to exclude any set of men, without taking away that principle of religious freedom which we ourselves so warmly contend for?”

Iredell’s North Carolina Federalists lost their bid at constitutional ratification in 1788 by a landslide, but it didn’t matter. A month earlier, in June, New Hampshire ratified the Constitution, and the founding document went into effect on March 4, 1789.

Since then, we have elected one Catholic president, John F. Kennedy. Yet even in 1960, fears about Catholicism as a foreign faith, and the Pope as the president’s puppet-master, dogged Kennedy’s campaign.

Today, it’s not unusual to imagine a Catholic, or Jewish, president. It’s a shame that in this religiously diverse country, Muslims seem to still inspire unconstitutional–and un-American assaults on our most cherished ideal: civic equality, regardless of religion.

A spokesperson for Carson’s campaign since clarified the candidate’s remarks, saying: “He just doesn’t believe the American people are ready for that.” But that is not for him to decide. If Carson can’t, as the Constitution demands, “be bound by Oath or Affirmation, to support this Constitution,” then he should not aspire to be elected president. 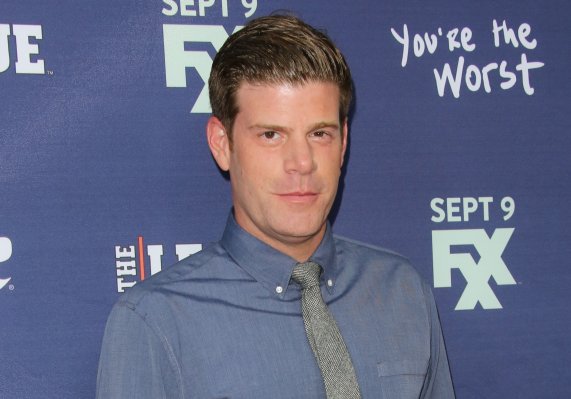 Steve Rannazzisi Abused the Power of 'The 9/11 Story'
Next Up: Editor's Pick