U.S. President Barack Obama has led tributes to one of his technology policy advisers who was killed in a traffic collision over the weekend.

Jake Brewer, 34, was struck by an oncoming SUV after he rode his bike off of the designated track during the Ride to Conquer Cancer charity fundraiser bike race on Saturday in Mount Airy, Md. A trained triathlete, Brewer was taking part in the event in honor of a friend who had cancer. He was pronounced dead at the scene, the New York Times reports.

“I am heartbroken at the tragic loss of one of my advisors, Jake Brewer,” President Obama said in a statement posted on the White House’s website Sunday. “Armed with a brilliant mind, a big heart and an insatiable desire to give back, Jake devoted his life to empowering people and making government work better for them.”

Brewer built his career in Washington, D.C., working with various NGOs, campaigns and companies focused on social issues, according to his LinkedIn profile. He began working at the White House in June, focusing on increasing access to broadband connectivity nationwide, according to the Times.

His wife, journalist Mary Katharine Ham, who is pregnant with the couple’s second child, published a heartfelt Instagram post in tribute on Sunday. 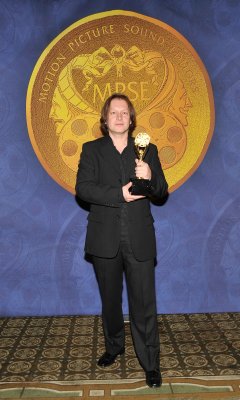 Maciek Malish, Emmy-Winning Sound Editor for Lost and The X-Files, Dies at 53
Next Up: Editor's Pick