Why Game of Thrones Won Over Mad Men at the Emmys

It was all but preordained: Mad Men would secure its place in television history with a final Emmy win, and therefore hold the record for most “Best Drama” victories with five sum Emmys. Most betting sites gave the AMC show the best odds for the evening.

But taking down would-be kings is Game of Thrones’ specialty, and the HBO show worked its magic on Sunday night when it stole the biggest award of the night—Best Drama—from Mad Men. It also set a new Emmys record: 12 wins for one show in a single year, including triumphs for Best Writing, Best Directing and Peter Dinklage for Best Supporting Actor in a Drama.

Meanwhile, Mad Men limped its way out of its final Emmys outing with just one win for Best Actor in a drama, Jon Hamm—surprisingly, his first.

Still moments before the best drama winner was announced, critical darling Veep broke Modern Family’s streak for Best Comedy wins. Though the once-groundbreaking Modern Family has been overtaken by fresher, more diverse family shows like Black-ish and Transparent, the sitcom has continued its reign over the comedy category for five years, in part because it was one of the most popular network shows. The more radical but less-watched Veep finally stealing the trophy suggested that Emmys voters would recognize prestige over popularity. So why would the same voters turn around and honor Thrones over Mad Men?

Perhaps the show won points for taking a risk. Game of Thrones stirred controversy this year when it diverged from its source material—George R.R. Martin’s A Song of Ice and Fire—to add shudder-inducing rape, sexual violence and gory death. Indeed, when it came time to nominate episodes, HBO submitted the two most controversial installments of the season. Those are the episodes that gave the show both writing and directing accolades when most predictions had Mad Men winning in those categories, too.

But Mad Men took risks in its own way, sending its protagonist wandering on an opposite coast during the final episodes and even ending the show with a cryptic “ding” and a Coke commercial.

Or maybe the Emmys—forever the jealous younger sibling of the Oscars—wanted to reward the most expensive and cinematic show on television right now. If Game of Thrones’ win says anything about the state of TV, it’s that it finally can compete with the big screen not just in terms of writing (as shows like The Sopranos, The Wire and Mad Men have long proved) but also in terms of scope.

Whatever the reason, it’s a tough break for Mad Men. Jon Hamm will be the only actor on the show ever to win an Emmy. Both Elisabeth Moss and Christina Hendricks lost out on their last opportunities to bring home trophies for the lauded show, losing to How to Get Away With Murder’s Viola Davis and Orange Is the New Black’s Uzo Aduba, respectively.

Still, Mad Men holds a respectable 15 Emmys wins. HBO’s The Wire—rated by many critics among the top television series of all time, if not the best—never won a single Emmy. 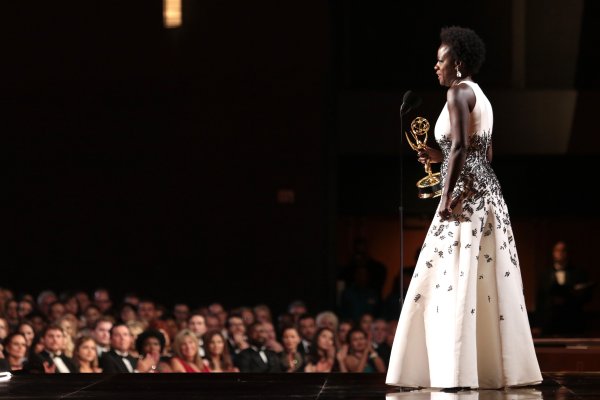 See All the Winners of the 2015 Emmy Awards
Next Up: Editor's Pick