The Warner Bros. logo is displayed on a building at Warner Bros. Studios in Burbank, California, U.S., on Tuesday, Feb. 5, 2013. Warner Bros. announced on Sunday that the company is entering into a joint venture with China Media Capital to create Chinese-language films for a global audience.
Bloomberg via Getty Images
By Lisa Spear

“[China’s] incredibly rich history and culture provide a huge trove of great stories, and we want to help tell those stories for new generations of filmgoers, in China and around the world,” said chairman and chief executive of Warner Bros. Kevin Tsujihara, CNN reports.

Flagship Entertainment Group Ltd. will blend the technical expertise of Warner Bros. with the financial backing of CMC at their new headquarters in Hong Kong.

Movie theater profits in China are only expected to rise: ticket sales climbed 34% last year and are expected to exceed $10 billion annually in the next three years, according to reports from Reuters and CNN.

Warner Bros. will own 49% of the new company, while the remaining 51% will belong to CMC. The joint venture could release its first film as early as next year. 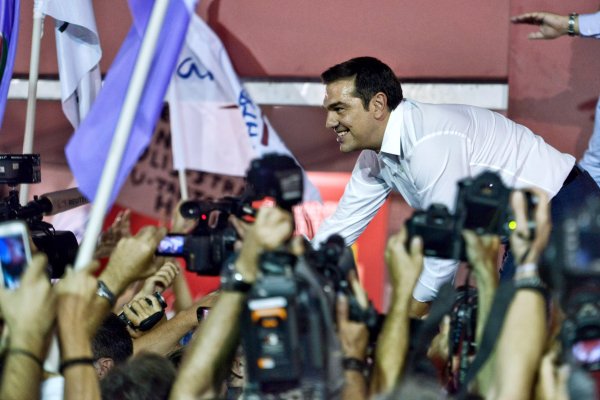 Greek Voters Return Tsipras to Power in Snap Elections
Next Up: Editor's Pick