Barbie Is Making a Zendaya Doll

Zendaya’s 2015 Oscars look is being immortalized — and miniaturized.

Barbie has announced that it will present Zendaya with a one-of-a-kind doll, modeled off of her Vivienne Westwood look from the Oscars red carpet.

“I’m excited to be a part of the new direction the Barbie brand is headed, specifically how they are celebrating diversity in the line and encouraging kids to raise their voices,” Zendaya said in a release. “It’s a positive message to send to my fans, including my nieces who are coming with me to the concert.”

The doll honors Zendaya for encouraging girls to “raise their voices.” Fashion Police host Giulana Rancic came under fire earlier this year for criticizing Zendaya’s hair at the Oscars, saying, “I feel like she smells like patchouli oil and weed.” When Zendaya and others called out Rancic’s comment, she issued an apology on air.

“There is already harsh criticism of African American hair in society without the help of ignorant people who choose to judge others based on the curl of their hair,” Zendaya wrote on Instagram at the time. “My wearing my hair in locs on an Oscar red carpet was to showcase them in a positive light, to remind people of color that our hair is good enough.”

Barbie, which introduced more diversity into its doll lineup earlier this year, will display Zendaya’s doll at the Barbie Rock ‘N Royals Concert Experience on Sept. 26 in Los Angeles. Zendaya is hosting the event, which will benefit the VH1 Save The Music Foundation. 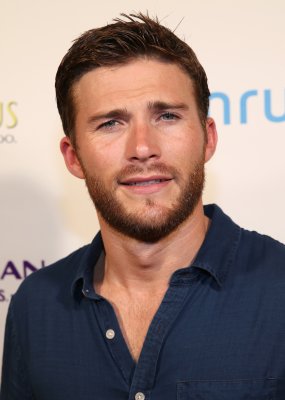 This Photo of Scott Eastwood Holding a Puppy Is Probably Too Cute to Handle
Next Up: Editor's Pick