When Jill Soloway won the award for Best Directing for a Comedy Series at the 2015 Primetime Emmys Sunday night, she raced through her list of names to thank, ending with her “Moppa”—her own trans parent, who inspired her to write and direct the acclaimed Amazon series Transparent. But she quickly segued from her expression of gratitude to a heartfelt exhortation.

Soloway explained that if her Moppa wanted to rent an apartment, 32 states’ laws would not protect her from housing discrimination based on her gender identity. “We don’t have a trans tipping point,” Soloway said, “we have a trans civil rights problem.” She then urged viewers to support the Transequality bill, also known as the Equality Act, a bill that would add “gender identity” and “sexual orientation” to a preexisting list of legal protections from discrimination.

Soloway’s reference to a “trans tipping point” likely invokes a TIME magazine cover story of that name from May 2014, which stated, “Almost one year after the Supreme Court ruled that Americans were free to marry the person they loved, no matter their sex, another civil rights movement is poised to challenge long-held cultural norms and beliefs.” Indeed, in the time since the story ran, the call for transgender rights has gotten louder, with figures like Caitlyn Jenner and Jazz Jennings increasing the visibility of trans issues. 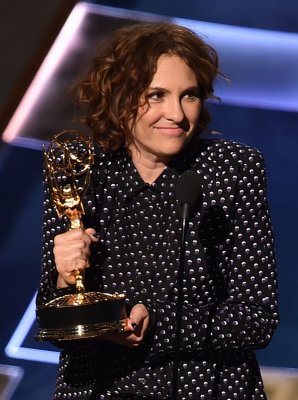 Why It Matters That Women Are Winning Big At the Emmys
Next Up: Editor's Pick