Sen. Bernie Sanders and Rep. Keith Ellison speak to members of the media during a news conference about private prisons on Capitol Hill in Washington on Sept. 17, 2015.
Alex Wong—Getty Images
By Justin Worland

In a statement, Ellison referred to Trump and Carson by name, saying they are “out of touch with who we are as a people.”

“The freedom of religion is a founding principle of our nation,” Ellison said. “Every American should be disturbed that these national figures are engaging in and tolerating blatant acts of religious bigotry.”

Carson said Sunday on Meet the Press that he does not think a Muslim would be fit to be president. Trump referred to a Muslim “problem” on Sunday on ABC’s This Week and sidestepped a question on how he would feel about a Muslim president.

The comments follow a week of extensive coverage of the role of Islam in American life. In addition to comments from GOP contenders on this topic, media outlets around the world covered a story about 14-year-old Ahmed Mohammed’s arrest after a homemade clock was mistaken for a bomb. Many attributed the mistake to Islamaphobia. 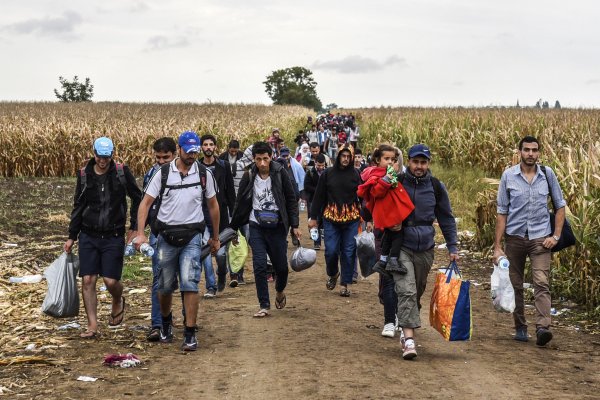 U.S. to Increase Number of Refugees Admitted to 100,000
Next Up: Editor's Pick