The United States will increase its cap on the number of refugees admitted annually to 100,000, allowing the country to accept migrants displaced by conflicts in the Middle East, Secretary of State John Kerry announced Sunday.

“This step is in keeping with America’s best tradition as a land of second chances and a beacon of hope,” Kerry said in Berlin Sunday, according to prepared remarks reported in the Times. Kerry added that the U.S. would fund humanitarian programs in the region.

Conflict in parts of the Middle East, particularly areas destabilized by ISIS, has led countless Syrians to seek refuge in Western Europe. Countries in that region, particularly Germany, have accepted some migrants while also closing their borders. Leaders in Germany, where more than a million migrants may travel this year, have called for a solution that relies on commitments from several countries.

Kerry’s announcement suggests that the U.S. is willing to share some of that burden, but the commitment still falls short of what some had expected. 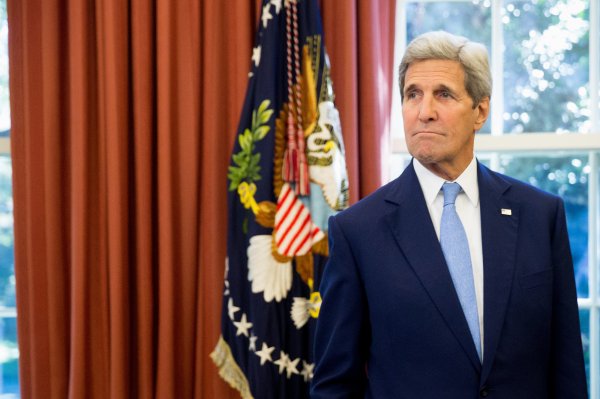 U.S. Seeks Talks with Russia about Syria
Next Up: Editor's Pick