Zoey 101 Finally Answers Its Biggest Mystery: 'What Did Zoey Say?'

Remember Zoey 101, the show on Nickelodeon starring Britney Spears’ younger sister, Jamie Lynn Spears? Some of the cast members reprised their roles for a special video in order to fulfill a 10-year promise to the fans, revealing the answer to “What did Zoey say?”

If you’re still completely in the dark, the second episode of the show saw Spears’ Zoey record a special video for inclusion in a time capsule. She spoke about her life at her school, Pacific Coast Academy, and her friend/love interest Chase was eager to hear what she thought of him. During the episode, which aired on Sept. 18, 2005, Zoey gave Chase permission to dig up the video and watch it after 10 years.

Well, it’s now 10 years later. Nickelodeon and the show’s producer Dan Schneider dropped a video featuring actors Sean Flynn (Chase) and Christopher Massey (Michael) to finally reveal the answer. “I never break a promise!” Schneider wrote on social media. “I love you guys. I love Zoey 101. This is for THE FANS.”

So, here’s what Zoey said:

You can watch the whole video of Michael storming in to break the news below.

“I had no idea #Zoey101 was this loved by so many people,” Schneider tweeted after the clip went viral. “THANK YOU all for watching my shows, and caring so much.” 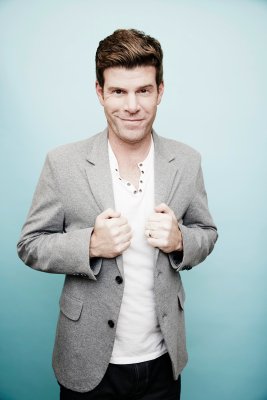 Steve Rannazzisi Special Will Air Despite 9/11 Lies
Next Up: Editor's Pick