Donald Trump defended himself on Twitter Saturday against criticism that he did not challenge a questioner at a recent town hall meeting who suggested the U.S. should “get rid” of Muslims and claimed that President Obama is a Muslim born outside of the United States.

“We have a problem in this country, it’s called Muslims,” said the questioner in the audience at the New Hampshire town hall meeting on Thursday. “Our current President is one. We know he’s not even an American,” he added. “We have training camps growing where they want to kill us. That’s my question, when can we get rid of them?”

After the meeting, Trump did not answer questions from reporters about why he didn’t challenge the comments, according to CNN. But Trump’s campaign manager, Corey Lewandowski, later told the network that Trump didn’t hear the accusation that Obama was a Muslim.

“All he heard was a question about training camps, which he said we have to look into,” Lewandowski told CNN. “The media want to make this an issue about Obama, but it’s about him waging a war on Christianity.”

On Twitter today, Trump addressed the comments, questioning why he was expected to defend Obama from his supporter’s remarks:

“I would just tell you that if somebody at one of my town hall meetings said something like that, I would correct them and say, now, the president’s a Christian and he was born in this country,” Christie said on NBC’s TODAY show Friday. “Those two things are self evident.” 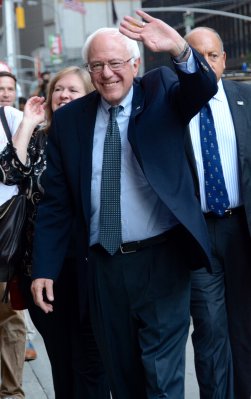