Pedestrians walk past an Apple store in Shanghai, on Aug. 25, 2015.
Imaginechina/Corbis
By Mandy Oaklander

New advertisements from sperm banks in China are claiming that men can afford the latest iPhone by donating sperm.

“No need to sell a kidney…Shanghai sperm bank can make your iPhone 6S dream come true,” reads one ad from the Shanghai Sperm Bank. According to The Guardian, the bank is offering 6,000 yuan ($942) for 17 milliliters of semen from qualified college graduates who are taller than 5’5 and free of disease.

The kidney reference in the ad hearkens back to 2011, when a 17-year-old boy gave his kidney in exchange for an iPad and iPhone. This week, in advance of the Sept. 25 release of the latest iPhone 6S from Apple, two men reportedly tried the same tactic.

The sperm bank ads have sparked both interest and controversy on social media, but apparently, they’re working. In a poll of social media users on China’s version of Twitter, Sina Weibo, about 20% disapproved of the ads, while 27% said they’d donate immediately, The Guardian reported. 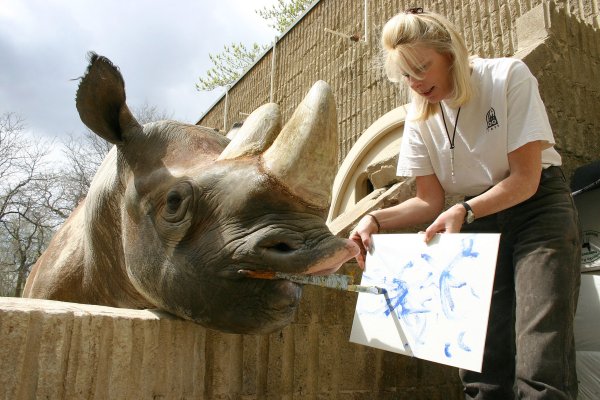 Rhino That Could Paint Dies at Denver Zoo
Next Up: Editor's Pick