When Colbert asked the senator from Vermont if he was the “Democratic Trump,” referencing arguments that Sanders and the Republican frontrunner are both taking advantage of the same “general anger” in the voting base, Sanders drew a stark distinction between himself and the real estate mogul.

“I think that what Trump is doing is appealing to the baser instincts among us: xenophobia and, frankly, racism—describing an entire group of people, in this case, Mexicans, as rapists or as criminals,” Sanders said. “I think that is disgraceful and not something we should be doing in 2015.”

Later in the interview, Colbert asked Sanders how much he really wanted the commander-in-chief job, since he refuses the mega funds of a super PAC that would financially boost his campaign.

“Frankly, I don’t support the agenda of corporate America or the billionaire class,” Sanders responded. “I don’t want their money.” 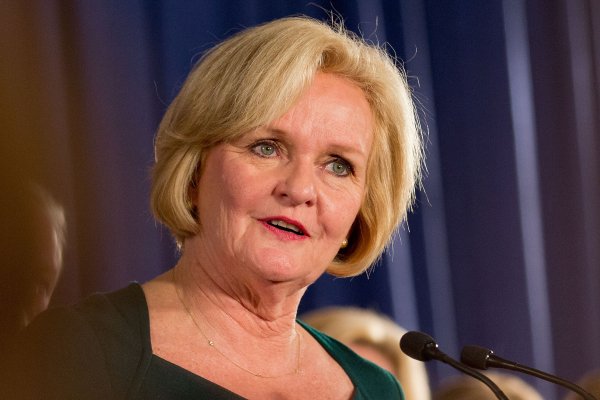 Senator Claire McCaskill on Carly Fiorina and Hillary Clinton
Next Up: Editor's Pick