Iranian President Hassan Rouhani says that when Iranians chant “death to America,” they don’t mean they want to kill Americans. Instead, he says, the slogan is a condemnation of American policy.

Rouhani explained the controversial chant to CBS’s Steve Kroft in an interview that will air on 60 Minutes on Sunday:

The interview was President Rouhani’s first with a Western journalist since the Iran deal was made in July. 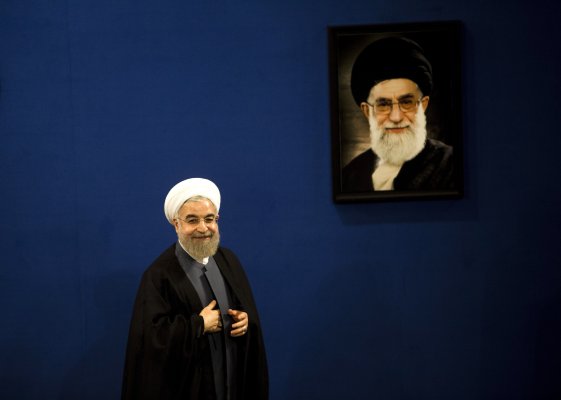 Iranian Leaders Continue to Use Enemies Abroad to Rally Nation
Next Up: Editor's Pick