My Little 'My Little Pony' Dilemma

My son loves trains, cars, blocks, and…accessorizing. Simon struts around the house wearing his sister Penny’s headband, necklace, and bracelets. He watches Thomas the Train, but his favorite shows are the ones Penny initially chose for him: Sofia the First, Dora the Explorer, and, yes, My Little Pony. Penny has already outgrown some of these shows. Maybe he will, too.

Simon just turned two. No one is judging his preferences. When he wore a Sofia amulet to a holiday party, no one batted an eyelash. At some point, however, a line is drawn in the sand: There are girl things and there are boy things. Anyone who dares cross that line suffers the consequences.

Even with a mysteriously missing airplane in Malaysia and a return to Cold War machinations in the Ukraine, the story of a little boy and his backpack has filled our Facebook newsfeeds over the past two weeks. Grayson Bruce did nothing more than love a show, My Little Pony, that is geared towards girls, and he was tortured for it. He’s only nine years old. At some time in those seven years between Simon and Grayson, the reaction changes from “Let’s get him a necklace to match his tiara!” to “Let’s get him!”

It’s easy to say that, like Grayson’s parents, I would have no problem letting my son wear My Little Pony paraphernalia to school. If it got some snickers and pointing from some students (and parents, who can be just as judgmental), I’d probably dig my heels in and become a card-carrying Brony…because “screw them!” But if, like Grayson, Simon was being punched, pushed, and tormented every day, maybe my attitude would change. Maybe I would tell him he’s better off not wearing that stuff to school. I want my kids to freely express themselves, but the thought of either of them being mercilessly bullied kills me.

We teach our kids to see differences. We all do. “Which one of these things is not like the others?” At first it’s just about categorizing shapes and colors, but then children pick up on differences between people: gender, race, religion. It’s not a bad thing, so long as we also teach acceptance.

Gender identification occurred at a young age in our house. Penny, who was a daddy’s girl for the first three years of her life, started allying herself with her mom once Simon was born. When she sees someone acting contrary to what she views as their prescribed gender-norm it turns her head slightly askew. (Kind of funny from a girl who has grown up with a stay-at-home dad…) That look in her eye makes me smile. It reflects an interest in the world around her and the potential for change in her preconceptions. Not everyone, however, is willing or able to alter their assumptions.

Do we want our kids to fit in or stand out? Grayson Bruce stood out… and his parents are currently negotiating a way to safely transition him back into school. (They pulled him out after the school would not allow him to carry his backpack and this whole thing blew up.) And that’s a story with a potentially happy ending that can become a real teachable moment for everyone involved. What about the all the bullied kids whose stories don’t rise to national prominence? What is the price of being unique? What advice do we give the child who we love because of his differences, but who has no friends because he’s different? These are some of the topics that aren’t covered in What to Expect When You’re Expecting or any of the other baby books I read.

It’s something that seems so innocuous…what television show your kid watches! How can it have this big an impact on someone’s life? There are so many things that could put a target on either of my kids’ backs as they get older. I can’t protect them! Not forever. And I don’t want to.

Grayson’s parents seem to have done a fantastic job raising him. He is an articulate kid who defended his right to stand apart from the crowd. I don’t want my kids to get hurt. I don’t want them to suffer like Grayson has. But I also don’t want them to be so afraid of getting made fun of that they hide in the shadows of what’s popular and refuse to explore their individuality. If my kids turn out like Grayson, I’ll know I did something right somewhere along the way. And I will be proud as hell of them. 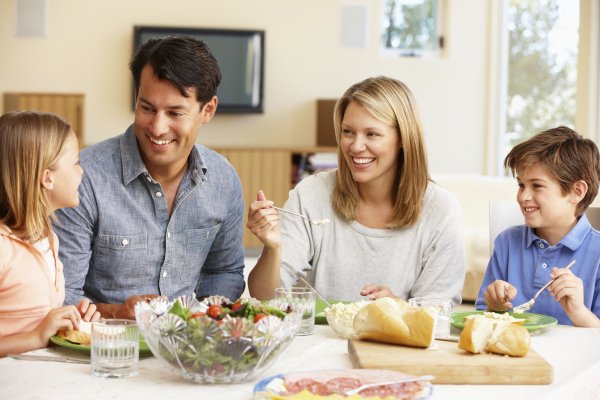 How to Have a Happy Family
Next Up: Editor's Pick