These Soft Cheeses Are Linked to Listeria

In our food supply, safety sometimes slips through the cracks. Since not every recall reported to authorities makes headlines, we’ve rounded them up for you. If you purchased a product that’s been recalled, you can often return it from where you bought it for a refund.

Soft cheese is currently under investigation as the possible source of an ongoing outbreak of listeria.

The U.S. Centers for Disease Control and Prevention (CDC) is currently investigating a multi-state outbreak of listeriosis—a serious infection caused by the bacteria Listeria monocytogenes—that’s linked to soft cheese. So far, 24 people in nine states have been infected in this outbreak, which experts have been following since 2010. Among those 24 people, 21 were hospitalized and one death reported in Ohio. In five of the cases, the women were pregnant, and one lost her fetus.

MORE: When Tainted Peanuts Could Mean Like in Prison

The CDC maintains a national database of the DNA fingerprints of bacterial strains from infected people in order to identify possible outbreaks. The agency noticed an increase in one rare DNA fingerprint of listeria popping up in the system in August, and, using whole genome sequencing technology, discovered that four other DNA fingerprints were also closely related genetically and possibly connected to infections that were reported five years ago.

So far, cases of sickness have been reported in California, Colorado, Illinois, Massachusetts, Michigan, New York, Ohio, Tennessee and Washington. The CDC says it has not conclusively determined the source of the outbreak but that the majority of sick people said they ate soft cheese before they became sick. Four out of the seven people who were ill and named a specific brand of cheese that they ate referred to brands that were distributed by Karoun Dairies, which has now launched a voluntarily recall and is no longer producing certain cheeses due to possible contamination.

The names of the brands that the cheese was sold under are Karoun, Arz, Gopi, Queso Del Valle, Central Valley Creamery and Yanni. The types of cheeses affected include goat, fresco, cotija, feta, mozzarella, paneer, string cheese and more. You can see a detailed list of affected products here.

“Karoun Dairies was made aware of a possible association of their cheese products with several recent cases of listeriosis by FDA and CDC,” the company said in a statement. “The company has ceased distribution of above cheeses and is working closely with FDA to continue to investigate the problem further.”

MORE: Should I Eat Cheese?

Beyond soft cheese, certain chicken products are also in the hot seat for containing a different but also dangerous type of bacteria, salmonella. On Friday, the U.S. Department of Agriculture’s Food Safety and Inspection Service (FSIS) sent a public health alert about frozen, raw, stuffed and breaded chicken products made by Aspen Foods. In July, Aspen Foods (a division of Koch Poultry Company) recalled 1,978,680 pounds of chicken products that were contaminated with a strain of salmonella. Now FSIS says additional testing has found strains of salmonella in the company’s products.

The agency says that following the July recall it continued to test the chicken products and has found 12 positive results for salmonella. “FSIS is concerned about all frozen, raw, stuffed and breaded chicken products produced by Aspen Foods between July 30, 2015 and September 17, 2015,” the agency says in a statement. “The twelve positive samples collected during FSIS’ intensified sampling efforts alerted FSIS to a systemic problem at the establishment. FSIS cannot have confidence in the safety of any products produced after July 30, 2015.”

“There is no reason to detain our food products based on science or the law. We will not be recalling those products because our food safety experts strongly disagree with the USDA and have determined that those products are safe to consumer when prepared according to the USDA-approved cooking instructions listed clearly on all labels,” Aspen Foods responded in a comment to TIME. “Salmonella at low levels is permitted on raw poultry because it occurs there naturally and because cooking destroys it.”

FSIS adds that it is sending its own personnel to detain Aspen Foods products because the company has refused to recall the products. The chicken products of concern may include the following brands, the USDA says: Acclaim, Antioch Farms, Buckley Farms, Centrella Signature, Chestnut Farms, Family Favorites, Kirkwood, Koch Foods, Market Day, Oven Cravers, Rose, Rosebud Farm, Roundy’s, Safeway Kitchens, Schwan’s, Shaner’s, Spartan and Sysco. You can read specific details on which products are flagged here. 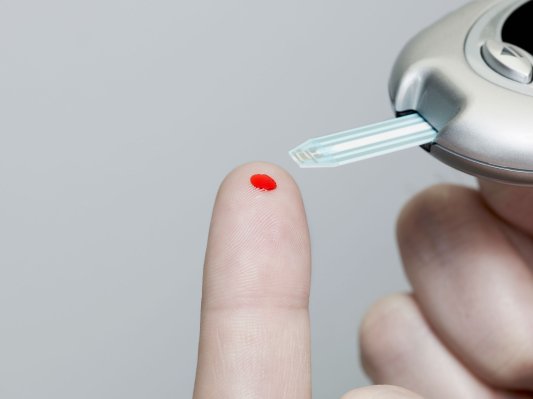 3-Year-Old Girl Recovers From Type 2 Diabetes
Next Up: Editor's Pick