Former Daily Show host Jon Stewart’s advice to incoming Trevor Noah was apparently something along the lines of “Do or do not, no try.”

The new host visited The Late Show on Thursday night and told Stephen Colbert that his former boss is “like a Jewish Yoda.” When Noah asked what form the show should take under his tenure, Stewart said, “The Daily Show is what The Daily Show should be for you to be the best show you can make.”

Noah may not have known exactly how to interpret that advice, but he’ll get his first chance to try on Sept. 28. 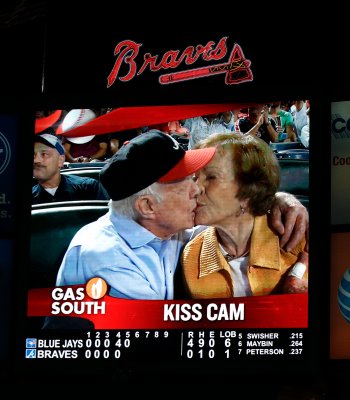 Jimmy and Rosalynn Carter Smooch on Kiss Cam
Next Up: Editor's Pick