It’s an important question for both Star Wars actors and fans of the franchise alike: What’s your favorite film in the franchise?

Star Wars: The Force Awakens’ Lupita Nyong’o answered that (for the record, it’s The Empire Strikes Back) and other questions about the galaxy far, far away in an new interview with Vogue.

Nyong’o, who appears on the magazine’s October 2015 cover, took part in the Vogue “73 Questions” video series. During the rapid-fire Q&A, she weighed in on Luke Skywalker vs. Han Solo, C-3P0 vs. R2-D2, and how many CGI dots she had to wear on her face while playing her Force Awakens character, Maz Kanata.

In the magazine’s cover story, she said that playing a motion-capture character was “really bizarre and lots of fun.”

“I really enjoyed the fact that you’re not governed by your physical presence in that kind of work,” she added. “You can be a dragon. You can be anything.”

Watch above to see her answer those questions, plus what she thinks is the “most American thing ever,” and how she likes her pizza.

The Force Awakens opens in theaters on Dec. 18. You can read Nyong’o’s full Vogue interview here. 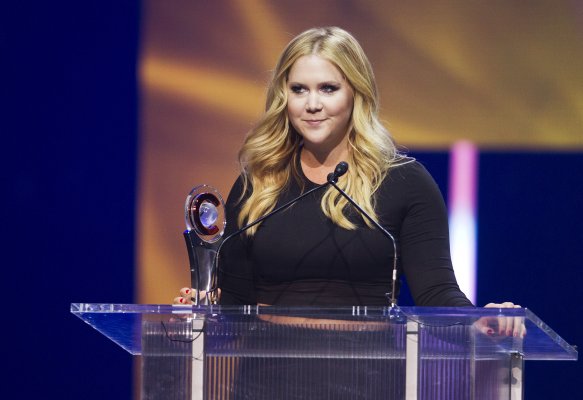 Amy Schumer Prepares to Open for Madonna By Posting This Perfect Throwback Video
Next Up: Editor's Pick