CJ Pearson, 13, questioned the president’s priorities in extending the invitation, noting that he had not invited the families of slain police officers to the White House. “But when a Muslim kid builds a clock? Come on by,” he says in the video posted to YouTube:

Mohamed brought a home-made clock to school to show his teacher; it was mistaken for a bomb and he was arrested. Obama responded to the news by tweeting a message of encouragement to the student:

Pearson, whose YouTube channel has some 11,800 subscribers, tells the Washington Post that he strongly believes “that Senator Cruz is truly what America needs to make America the shining city on a hill it once was.”

The young man called Mohamed a “political prop” for the Democratic party, but asked if he sees himself as a prop for Republicans, he said, “Not at all. At the end of the day, I’m not beholden to the Republican Party. They don’t own me and they never will. My political involvement is based on fighting for the conservative principles I believe in and fighting for the future of my generation.” 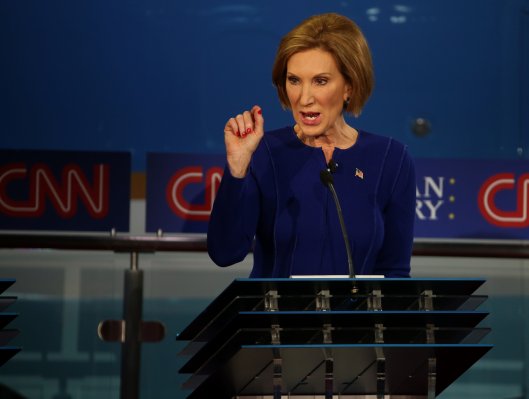 Carly Fiorina for (Vice) President!
Next Up: Editor's Pick