Kieran Read of the All Blacks is tackled during The Rugby Championship, Bledisloe Cup match between the New Zealand All Blacks and the Australian Wallabies at Eden Park on Aug. 15, 2015 in Auckland.
Phil Walter—Getty Images
By Alex Massie

The Rugby World Cup kicks of in London on Friday evening when England take on Fiji. The tournament has 20 teams including the U.S. although the strong favorites are New Zealand. While rugby is very popular in some parts of the world and spawned American football in the 19th century, it remains a minority sport in the U.S.. Universal Sports and NBC Sports are broadcasting 16 of the games, although bars popular with expatriates will be showing many more.

If you are more inclined towards American football, here are five reasons you should start paying attention over the next six weeks of the Rugby World Cup.

This is not simply, though it is this too, a question of toughness and courage, it is one of aesthetics and safety too. Though rugby, like American football, is increasingly conscious of the dangers that can be caused by repeated concussions, the lack of helmets — and the extravagant padding that is a feature of American football — paradoxically aids player safety. Head to head collisions are rarer in rugby, largely because the lack of helmets means players are not (wrongly) convinced of their own invulnerability. American football coaches are beginning to appreciate they could learn from rugby. The Seattle Seahawks, Superbowl champions in 2014, have introduced tackling techniques borrowed from rugby to their training sessions. So have the Ohio State Buckeyes, the reigning college football champions. Other elements of American football are also borrowing from rugby: the increasing prevalence of Australian punters in college football and the popularity of “rugby style punting” is evidence that American football can learn from rugby’s greater, more varied, range of skills.

From left: Kieran Read, Richie McCaw and Ma'a Nonu of the All Blacks perform the haka during The Rugby Championship, Bledisloe Cup match between the New Zealand All Blacks and the Australian Wallabies at Eden Park on Aug. 15, 2015 in Auckland.
Phil Walter—Getty Images

2. Rugby players have to be multi-skilled

American football is a game of specialists. With the exception of dual-threat quarterbacks, most players on a gridiron squad have only one job. In the modern era, few players are expected to play on offense and defence. Their rugby counterparts, however, have to be all-rounders. Every player must know how to run, pass, tackle and ruck. No man’s contributions are limited to a single facet of the game. Half the players — the backs — must also know how to kick the ball. Every position demands a degree of specialisation but every player must also play his part in the collective effort. All this helps ensure that rugby is a richer, more rounded, game than American football. Trade-offs abound: a player’s strength in one element of the game must be weighed against his relative weakness is another facet of rugby. Ultimately, however, more is asked of the players. Rugby is a lateral game as well as a vertical one.

A rugby game last 80 minutes and is over in less than two hours; an American football game lasts 60 minutes and can sometimes take more than three and a half hours to complete. The ball is “live” in a rugby match for 40 minutes and sometimes longer than that. In American football, by contrast, the actual playing time amounts to no more than a handful of minutes. Most of the time nothing is happening. As George Will once observed, “Football combines the two worst things about America: it is violence punctuated by committee meetings.” Rugby, of course, is a violent game too but it is also a poetic one, in which the ceaseless ebb and flow of the play creates its own kind of martial rhythm. It is not, as American football frequently seems to be, a three hour commercial break during which, for a few seconds a time, some sport is permitted.

4. Rugby is an international game

Bob Ufer, the long-time commentator on Michigan football observed, “Football is a religion and Saturday’s the holy day of obligation” and the gridiron game certainly brings Americans together. Despite taking a handful of games to London each season, however, football largely remains a uniquely American pastime. Rugby, by contrast, is international. The World Cup has become a quadrennial festival of the sport. There are few, if any, other sports in which countries such as Fiji are afforded a moment in the global limelight. What unites rugby people, wherever they are from, is vastly greater than anything that divides them. It brings people and nations together, celebrating the game for the sake of the game just as much as we might, each of us, desperately want our own nation to prevail. National pride is on the line, but there is pride in just being part of the game too. French rugby is very different from Australian rugby which in turn is very different from South African rugby which in turn is distinguished from the brand of rugby played in Samoa. It is a winning and warming mix of styles and people that helps give the game its unique appeal.

5. Most rugby is amateur

Adults actually play rugby for the love of the game. Vanishingly few Americans play football after they have left college; rugby, by contrast, is played into adulthood and even, often, early middle age. It is a game to be played, not just watched. In New Zealand and other heartlands such as Wales or southwest France, every town, no matter how small, has its rugby team. Rugby is how these places define themselves, how they make their mark on their small corner of the world. The vast majority of rugby people play for nothing more than their love of the game and the pride of their club. It is a badge of community honor. The game is bigger and greater than just its highest echelons. Professional rugby stands on the shoulders of the amateur game and, if a game can be said to have a soul, it resides in the countless amateur clubs around the world, not in the relatively small number of players paid to play the sport. Like a fine wine, rugby has “terroir” and this helps make it a deeper, richer, more nourishing sport than American football which, once high school and college have been left behind, largely exists as just a professional circus played by one dimensional behemoths.

Read More: In Its 8th World Cup, Rugby Hopes to Take Over the World 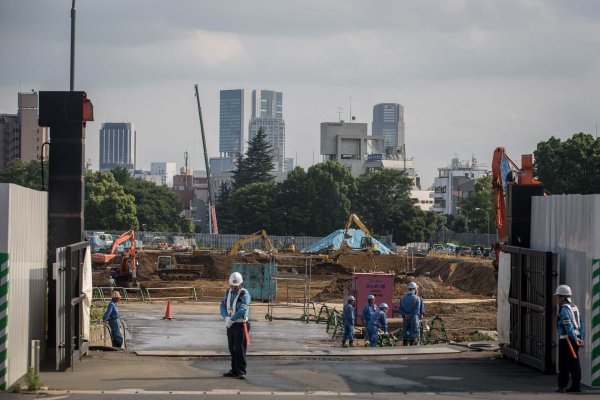