Croatia’s Interior Minister Ranko Ostojic told reporters that the country was “absolutely full” and could no longer take any more refugees, reports the BBC.

“Don’t come here anymore,” he said. “Stay in refugee centers in Serbia and Macedonia and Greece. This is not the road to Europe. Buses can’t take you there. It’s a lie.”

According to the BBC, Croatia has been overwhelmed by the new arrivals. On Thursday, crowds of people tried to break through police lines at two towns on the border with Serbia, in the hope of getting to the Croatian capital, Zagreb. Scuffles broke out at Tovarnik and Batina, two of the crossings that are now closed.

Buses arrived to take the refugees to a registration center, but there was not enough transport to take everyone, and thousands of people reportedly spent Thursday night sleeping on the roadside or in fields.

Hungary sealed off its southern border with Serbia on Wednesday, forcing thousands of desperate people to turn to neighboring Croatia in order to attempt to make their way to northern Europe and their preferred destination: Germany.

In chaotic scenes at the Serbian border town of Horgos, riot police on the Hungarian side of the border used tear gas and water cannons to repel crowds of refugees back into Serbia. Hungary has defended its actions and has vowed to continue to forcefully defend its border, reports the Guardian.

The border closures in Croatia and Hungary mean the main land route from Greece to northern Europe has effectively been cut off, reports the BBC.

Meanwhile, Slovenia said it stopped a group of refugees on a train at the border and would return them to Zagreb. Slovenia, which lies to the north of Croatia and shares a border with Austria, is part of the E.U. border-free Schengen area. On Thursday, Slovenian officials told the European Commission that its border with Hungary would be closed for at least 10 days. 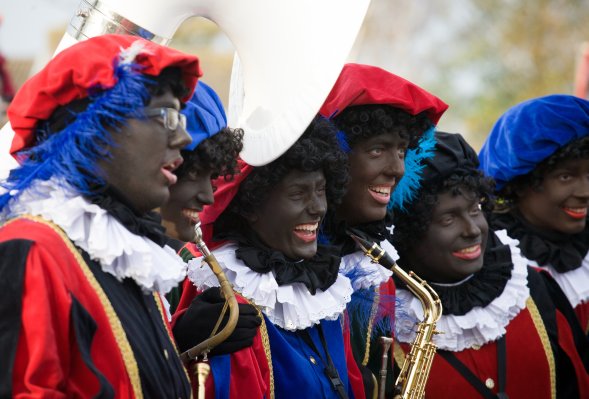 European Cities Back Away From Christmas Blackface
Next Up: Editor's Pick