Relatives and protestors carry banners with pictures of some of the 43 missing students from a rural teachers college, during a march in Mexico City, Aug. 26, 2015
Eduardo Verdugo—AP
By Joanna Plucinska

A leading suspect in the case of 43 missing Mexican students was arrested Wednesday in the city of Taxco, authorities say.

Gildardo “El Gil” López Astudillo, a senior member of the Guerreros Unidos gang in the Iguala region, was detained in connection with the Sept. 26, 2014, disappearance of students from the Ayotzinapa teacher-training college, who were en route to a protest when the school buses they had commissioned came under attack from local police.

Authorities say the students were likely then handed over to the Guerreros Unidos and killed. Astudillo allegedly told the gang’s leader, arrested in October of last year, that the students were members of a rival gang called Los Rojos, or the Reds, reports Mexico News Daily, a Mexican English-language news site.

The case has become the subject of a high-profile mass-murder investigation and sparked nationwide protests over the past year. Authorities are now investigating whether the students’ deaths were caused by mistaken identity in the fight of territory between the two gangs, the Daily reports.

The arrest comes as Mexican authorities say they have identified the remains of one missing student, Jhosivani Guerrero de la Cruz, in the garbage dump where the remains of another student was found in December

However, there has been disagreement about the garbage-dump connection. Earlier this month, an interdisciplinary group called the Inter-American Commission on Human Rights published a report stating that it was “scientifically impossible” for the students to have been burned at the Cocula trash dump.

The report also said that one of the school buses may have had a stash of heroin on board that was headed for the U.S. 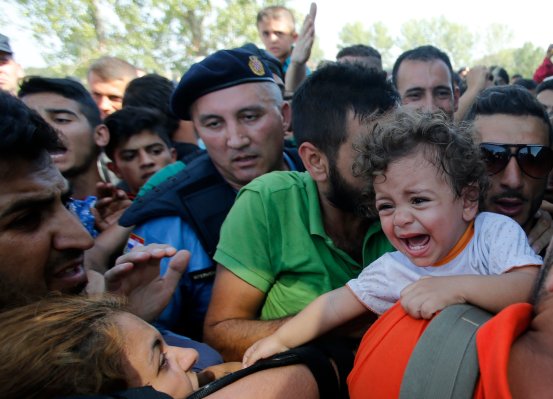 Croatia Shuts Routes to Serbia
Next Up: Editor's Pick