A man with a history of mental illness crashed a car into a security gate in Waco, Tx. in an attempt to steal a jet, police say.

The Waco Police Department posted on Facebook that the man gained access to the tarmac of the Waco Regional Airport after crashing through the gate. He reportedly tried to break into a parked Lear Jet. Workers nearby noticed the man’s attempts and alerted an off-duty officer, who tazed and later subdued the man with the help of bystanders.

The suspect, whose name has not been released, was taken to a local hospital for a mental evaluation. Officers say he may have been under the influence of drugs during the incident. 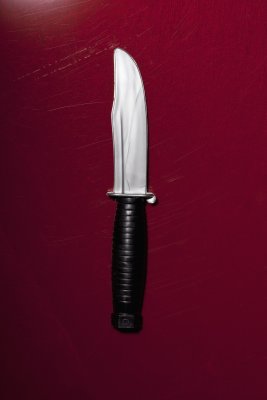 Officers Find Over 3,700 Blades in Florida Woman's Home
Next Up: Editor's Pick