Republican Presidential candidate Donald Trump took questions at a town hall meeting in New Hampshire on Thursday, and the first one came from an audience member who expressed anti-Muslim sentiment.

“We have a problem in this country, it’s called Muslims. Our current President is one. We know he’s not even an American,” the audience member said. “We have training camps growing where they want to kill us. That’s my question, when can we get rid of them?”

In response to that question, which as Trump noted was the first question of the Town Hall, the presidential contender said, “we’re going to be looking at a lot of different things.”

Trump did not correct the audience member and note that the President of the United States is both an American and a Christian.

On the other hand, when Sen. John McCain was faced with questions about President Obama’s ethnic background on the presidential campaign trail in 2008, he corrected audience members. “I want to be President of the United States and I obviously do not want Sen. Obama to be, but I have to tell you, I have to tell you, he is a decent person and a person that you do not have to be scared of as President of the United States,” Sen. McCain said. 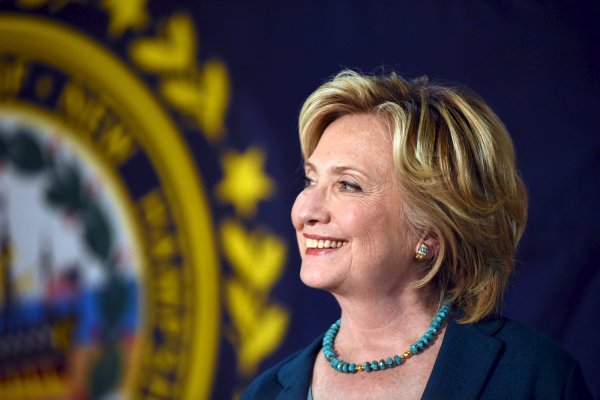 Hillary Clinton on Debates: I'll Go Where DNC Says
Next Up: Editor's Pick