European Cities Back Away From Christmas Blackface

City officials in parts of Spain and the Netherlands announced this week that they would end the controversial practice of painting white faces black during a Christmastime celebration.

In Madrid, anti-racism activists relished the fact that city leaders will seek to have an actual black person play the role of “Black Pete” in their annual Christmastime parade, rather than a white person in blackface. “Given the increasingly large community of [color] in our city, it seems absurd that this role continues to be represented by a person with their face blackened,” city councillor Mar Espinar said Wednesday, according to the Guardian.

School board officials in The Hague announced that elementary schools would no longer employ black-faced “Santa’s helpers,” during the holiday season.

Some citizens in both countries have been apt to reject the idea that the character of “Black Pete,” a sidekick of Santa typically portrayed by a white person in blackface, a curly wig, and red lipstick, is racist. The decision however, comes in the wake of a United Nations committee called for an end to “Black Pete” celebrations that could be considered offensive. 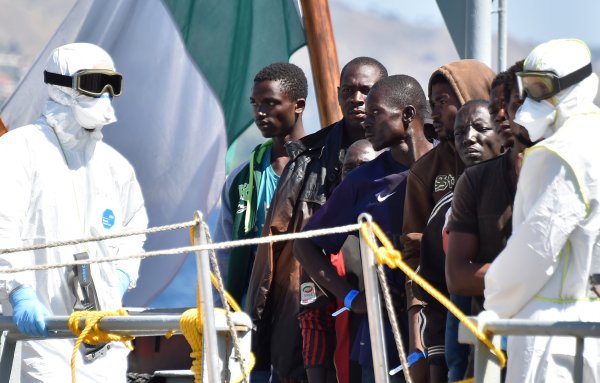 African Refugees Fear Being Left Behind
Next Up: Editor's Pick