Hillary Clinton said on Thursday she’s “more than happy” to add debates to the Democratic primary schedule, but declined to push the Democratic National Committee for more contests.

“I will certainly show up anywhere the Democratic National Committee tells us to show up,” Clinton said in an interview with CNN’s Wolf Blitzer. “I want us to have a good exchange of ideas and to make sure Democratic voters first and general voters to follow see exactly what we stand for and what our positions are.”

The DNC, led by chair Debbie Wasserman Schultz, has scheduled six debates during the Democratic primary and prohibited the candidates from participating in any other debates.

That so-called exclusivity rule effectively limits the number of debates to just six, compared with over 20 in previous elections. Challengers Sen. Bernie Sanders of Vermont and former Maryland Gov. Martin O’Malley, as well as broad swathe of Democrats, have lambasted Wasserman Schultz for creating the exclusivity rule.

Two DNC vice chairs and a number of Democratic officials have publicly come out against the decision, with some suggesting that Wasserman Schultz created the rule to limit Clinton—an old ally—from unwelcome exposure on a national stage that could hurt her standing. Democrats also argue it allows Republicans to steal the spotlight ahead of a general election.

Wasserman Schultz said she alone was responsible for the rule, saying the schedule was designed to prevent there being too many debates, which are time consuming for candidates to prepare for.

On Thursday, Clinton demurred on whether to ask the DNC, where she has considerable sway, if it would change the rules.

“That’s up to them they can make their decision,” Clinton said in a response to a question about whether she would push for more debates. “But I have made it clear to them if they want to do more, I’m happy to do them.”

Clinton also called the Republican debate on Wednesday night “silly season,” criticizing the lack of substance in the debates.

“[These are] the usual back-and-forth political attacks, the kinds of things you say when you’re on a debate stage and you don’t have much else to say,” Clinton said. “I didn’t hear anything from any of them of how they’re going to make college more affordable or get down student debt, or get equal pay for equal work for women, or what they’re going to do make sure we deal with the challenges of raising incomes from hardworking people.” 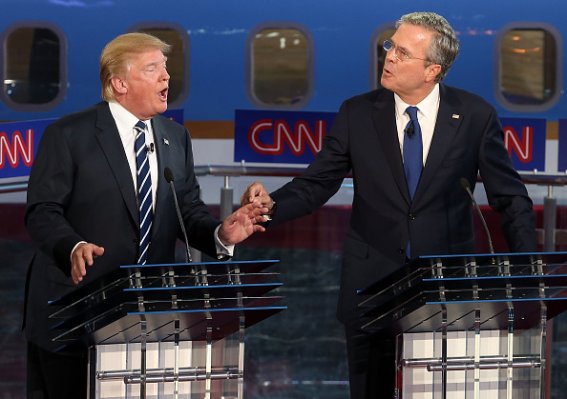 Your Guide to the Buzzwords of the 2016 Election
Next Up: Editor's Pick