Officers in Florida discovered over 3,700 blades and knives in the home of a woman they were seeking to arrest for violating her parole. The woman used at least one of the thousands of blades to try to harm an officer.

Deputies traveled to the home of Nickole Dykema Tuesday evening where probation officers were attempting to serve her several warrants, according to a press release from the Hernando County Sheriff’s Office. Instead of cooperating with the officers, Dykema reportedly hid inside her home and cursed at them. When officers forced their way in, they say she wielded a large blade and nearly stabbed a sergeant.

Upon entering the home, officers noticed several rooms filled with throngs of blades and knives—at least 500 per room in the trailer. A Hernando County spokesperson told CNN the home was also replete with fake body parts, prop skulls, and Satanic images.

Dykema’s neighbors told WTSP in Florida that she had been “terrorizing” them; security footage from one her neighbor’s homes showed her slashing window screens and an air conditioning unit. The security footage is what drew officers to her home on Tuesday.

According to WTSP, it took “5 hours and 2 rounds of bean bag bullets, and a stun gun” to finally secure Dykema and officers sustained cuts and injuries in process. She is currently in custody. 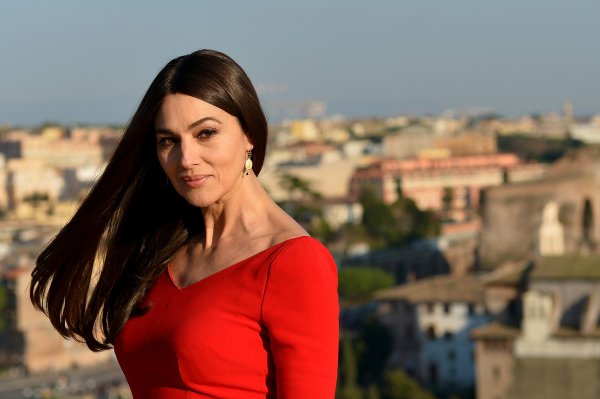 Monica Bellucci Says She Is a Bond Woman, Not a Bond Girl
Next Up: Editor's Pick