Monica Bellucci Says She Is a Bond Woman, Not a Bond Girl

At 51 years old, Monica Bellucci is set to become the oldest woman to play opposite James Bond in the upcoming installment of the 007 franchise, Spectre.

In an interview with The Guardian, the actress explained that she doesn’t accept the term “Bond girl” because it doesn’t accurately describe who she is.

“I can’t say I’m a Bond girl because I’m too mature to be a Bond girl,” she told The Guardian. “I say Bond lady; Bond woman.”

Bellucci spoke about how women are incredible no matter what their age.

“Men think that women, when they’re not able to procreate any more, become old,” she said. “That is not true – they are still amazing! That’s why I think that Sam Mendes [director of Spectre], in choosing me, an adult woman, created a big revolution.”

She went on to say that she is excited to be a part of the series.

“But I’m proud to be a Bond lady, because actually, Bond is the most amazing man. You know why?…Because he doesn’t exist.” 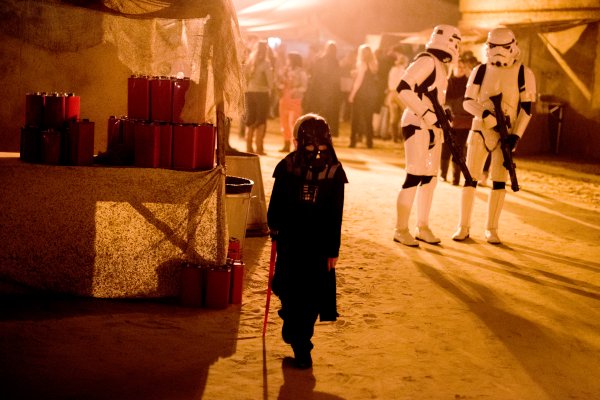 Why Just Watch a Play or a Movie When You Can Get Immersed?
Next Up: Editor's Pick