Janet Yellen, chair of the U.S. Federal Reserve, speaks during her semiannual report on the economy to the Senate Banking Committee in Washington, D.C. on July 16, 2015.
Drew Angerer—Bloomberg via Getty Images
By Rana Foroohar

The Fed is playing it safe with its call today to keep interest rates at their current record lows—at least for a little while longer. Fed Chair Janet Yellen is delivering news that the markets will like (low rates have led to record stock prices over the last few years). But what does the most contentious and eagerly awaited decision in years say about the nature of the recovery and what it means for Main Street? Here are three big picture points.

1. The world matters more that it used to for U.S. companies and the American economy at large. A 15% rise in the trade-weighted value of the dollar over the last few years has been tough for American exporters and, as the Fed, noted “net exports have been soft.” Of course, one of the reasons the dollar has been rising is all the bad news elsewhere: China is in the middle of a big slowdown (and it has made up the biggest chunk of global growth in recent years); Europe is still struggling out of its debt crisis; Emerging markets are a mixed bag. The U.S. has been the prettiest house on the ugly block that is the global economy, in other words. But exporters pay for that with a stronger dollar and higher prices abroad—that has implications for jobs and wages here at home.

2. Wages—and inflation—haven’t yet gone up enough. The super-slow pace of inflation (it is running way below the Fed’s target of 2% per year) is the key reason we didn’t see a rate hike at this meeting. The last time the Fed raised rates, in 2006, inflation was running well ahead of the mandate. The big question, of course, is whether we are going to see any inflation, or wage growth, anytime soon. My guess is, no. Private companies are a good indicator of where the public firms will be in a few months, and so far, research shows they aren’t handing out any pay hikes.

The question is, why is inflation so low? This will be a big conundrum for the Fed in the coming months, as it considers whether to hike this year or not. (Interestingly, fewer Fed governors thought we’d see a rate hike this year than last time they took a vote.) If we were in a normal recovery, with normal market dynamics, we should see it pretty soon. But while we are close to what the Fed considers “full employment,” I don’t think we’re in a normal recovery. I think slower emerging market growth (which pushes commodities prices down) and technology related job displacement are creating a dis-inflationary effect and that will continue for some time. The wage-less recovery steams on.

3. Market volatility will probably be higher than normal for the remainder of the year. The fact that it has been so hard to predict which way the Fed would go today, and that everyone from global policy makers to average investors have been watching the decision so closely underlines a deep truth about the economy. Central bankers around the world are still the main actors in the global economy right now, and that’s not healthy. Main Street is out of synch with Wall Street, and there are deep fundamental structural problems in the global economy. Everyone knows it, and that knowledge creates a sense of unease and jitteriness that will be reflected in the markets over the next weeks and months.

I am betting they’ll continue to be as volatile as they have been this year, if not more so. Stocks remain relatively high, yet economic data is mixed. The Fed worries about derailing a recovery even as we are supposedly at full employment. This isn’t what things are supposed to look like 8 years on from a crisis, but what we got in 2008 wasn’t a normal crisis. And as the Fed adopts a wait and see attitude for yet another month, it’s clear that what we’ve got now is a recovery that’s been genetically modified by central bankers, rather than being created at the grass roots level.

That’s a truth that will remain whether we finally get a rate hike next month, or next year. 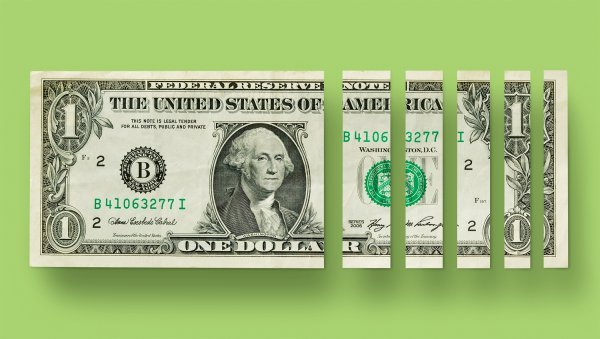 This Is Why Your Paycheck Won't Grow This Year
Next Up: Editor's Pick