Lorde attended Kanye West’s “Yeezy Season 2” New York Fashion Week show on Wednesday and fans quickly noticed that something about her appearance was a little off.

The 18-year-old singer showed up to the event rocking her signature winged eyeliner, but only on one eye. Her other eye was red and puffy and appeared to be makeup-free.

Anticipating the speculation about her appearance, Lorde posted a picture to Instagram of her getting ready for the NYFW show that featured the unhealthy-looking eye. She captioned the photo, “one question: what happened to your eye?”

After the show, she took to the photo-sharing site again to further explain her condition.

“The skin is peeling off my lips and hands these days i very rarely see the sun and my eye is weeping and screaming and it’s fashion week and everyone already thinks i’m strange,” she wrote. “And it’s a kanye show where the freaks are beautiful so why not say f–k it and let’s dance with the melodrama?”

In a tweet also posted on Wednesday, Lorde hinted that the trouble with her eye was caused by her non-stop work schedule.

“i work every night and through the weekend and my body falls apart / i go see a show / watch my good eye open slow,” she tweeted.

However, the singer still seemed to have a great time sitting in the front row at Fashion Week.

“The show was crazy I got to wear sneakers and had the best bear hug from [Drake] and now I’m in bed in a sweater editing something cool for you guys to see very soon,” she wrote on Instagram. 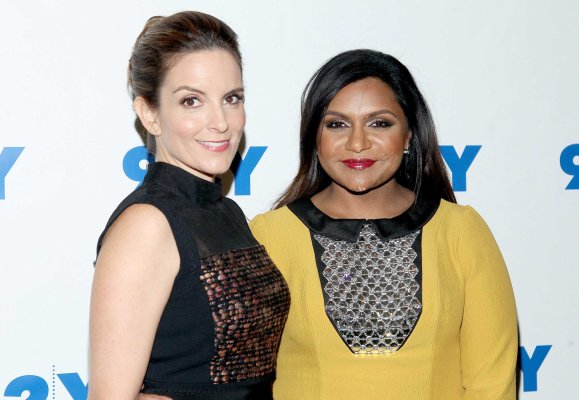 Tina Fey Asked Mindy Kaling If She Would Rather Sleep With Bill Cosby or Donald Trump
Next Up: Editor's Pick