The 'Hot Guy' in the GOP Debate Audience Has Been Found

On Wednesday night, some Twitters users were fixated on a man sitting behind moderator Jake Tapper during the second Republican primary debate hosted by CNN at the Ronald Reagan Presidential Library. His looks transcended party lines, apparently. An example of the commentary:

CNN interviewed the man and found out he is 24-year-old Los Angeles native Gregory Caruso.

He told CNN that he is a fan of Ronald Reagan and George W. Bush, but is still not sure who he is going to vote for. He did tell CNN that he thought former Hewlett-Packard CEO Carly Fiorina did a “great” job and that former Governor of Florida Jeb Bush “improved.”

Caruso is a filmmaker who has attended the School of Cinematic Arts at the University of Southern California. He also looks up to Alfred Hitchcock, Billy Wilder, Frank Capra, Howard Hawks and John Ford. One of his recent projects is a documentary about American masculinity as told through manufacturers of products for men.

His relationship status, however, remains a mystery—he would not reveal it to CNN. 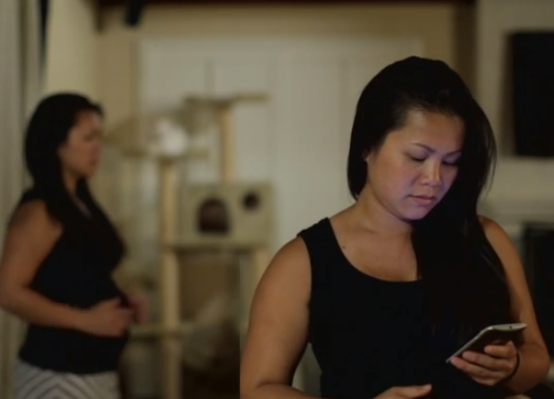 This Couple Turned Their Pregnancy Announcement Into a Horror Film
Next Up: Editor's Pick