If you don’t know the answer in ‘Final Jeopardy!’ it’s probably a good idea to give it your best guess. Or, alternatively, you can do one what one contestant did Wednesday night: sneak in a well-placed Saturday Night Live reference.

The category was Oscar-nominated songs, and this was the clue: “This song from a 1999 animated film about censorship had a word censored from its Oscar performance.” The contestant, Talia, had no idea so she wrote, “What is the Love Ballad of Turd Ferguson” and added a “hi Mom.”

Turd Ferguson, of course, refers to the fake name Norm Macdonald used while playing Burt Reynolds on SNL. (Turd Ferguson popped up again in the show’s recent 40th anniversary special.) It was pretty special to finally hear the real Alex Trebek (not the fake one played by Will Ferrell) say this name aloud.

Talia may have technically lost the game, but we’re pretty sure she was the true winner of the evening. 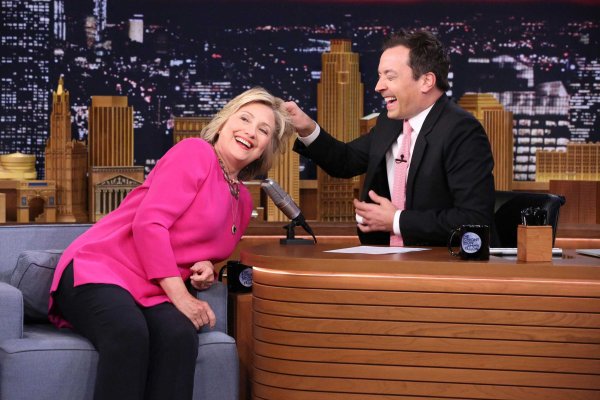